The retail company TEDi, a leading non-food provider based in Dortmund, will be transshipping part of its imported goods via EUROGATE Container Terminal Wilhelmshaven (CTW) from January 2019 onwards.

The first containers are expected to arrive at Wilhelmshaven on Tuesday, 29 January 2019, on board the “OOCL Germany”. The company plans to transship around 50 standard containers (TEUs) per week via Wilhelmshaven in future. This represents a double-digit percentage of the total annual volume of TEDi imports from Asia. 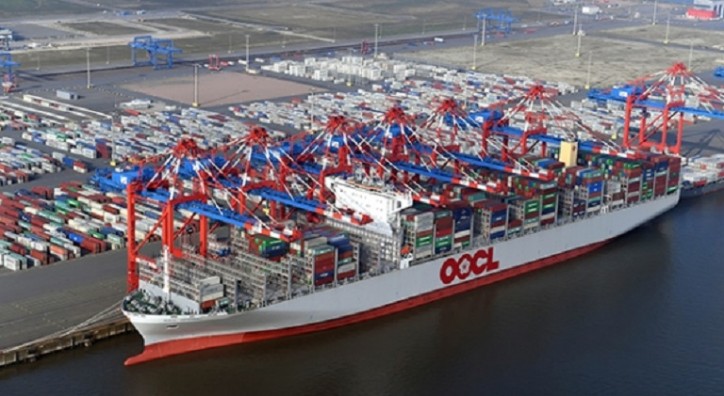 For TEDi and its logistics partners, EUROGATE Container Terminal Wilhelmshaven is a welcome addition to the container terminals in Northern Germany and Western Europe.

CTW is Germany’s only deep-water terminal and thus enables ships to call at the port independently of the tides. With a short approach route and enough space to turn around, ship arrivals are very easy to plan. The terminal itself offers all the prerequisites for fast and smooth handling of the latest generation of ships. Shore side, the terminal offers sufficient storage space. CTW is connected to the German and European hinterland by road and rail. A major advantage for TEDi is the direct rail connection between Wilhelmshaven and the Dortmund container terminal.

Markus Meier, Managing Director of TEDi GmbH & Co. KG, emphasises how important the cooperation is for the company’s development: “Our goods can be transported faster and routes planned more efficiently. In addition, we expect the collaboration to optimise our processes.”

Since its foundation in 2004, TEDi has been expanding in Germany and Europe. The company currently operates around 2,000 branches and employs more than 16,500 people. In the coming years, the retailer’s branch network is expected to grow to 5,000 branches across Europe.

Oliver Bergk, General Manager Sales at EUROGATE, is pleased about the collaboration: “TEDi is already a German success story. The figures to date show that growth can be planned as well as sustainable. EUROGATE will provide TEDi with the best possible support in the further steps of its expansion and we are sure that our container terminal in Wilhelmshaven can play a key role in this.”