The 28th of January is the date of the 20th small-scale LNG reloading operation performed at the liquefied natural gas (LNG) terminal managed by KN (AB Klaipėdos Nafta). On Monday morning, the LNG feeder and bunker vessel Kairos arrived in Klaipėda LNG terminal for the reload operation. 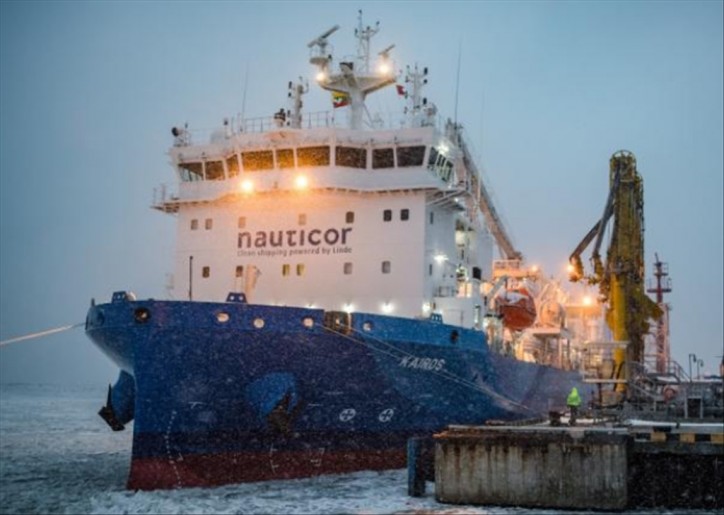 So far, KN has performed 20 LNG reload operations to gas carriers of such companies as Shell, Gasum (former Skangas) and other companies, which re-exported gas to small-scale LNG import terminals of Sweden, Finland and Norway through Klaipėda LNG distribution station.

“The fast-growing number of small-scale LNG reload operations demonstrates the interest of the corporate world in the growing market of small-scale LNG re-export operations, and it is the fifth operation of such kind performed in Klaipėda since the beginning of the year. The services provided by Klaipėda LNG terminal and the LNG distribution station are in high demand among the customers not only because of the convenient geographical position of our infrastructure in the Baltic Sea region, but also due to the high flexibility of our terminal. This is important because the performance of LNG activities in Klaipėda makes it possible to decrease the LNG terminal operation costs through the safety constituent, which is part of the gas price for consumers in Lithuania,” said Mindaugas Jusius, KN CEO.

Mindaugas Jusius noted that KN has ensured the extensive LNG logistic chain across the region, and the business community appreciates the possibility to have all the required integrated LNG logistic services, i.e. LNG reloading, storage, gasification or supply by land and sea, in one place. It is also important that all LNG market participants without exception may use Klaipėda’s coherent LNG and natural gas supply infrastructure under equal conditions.

Source: KN (Additional information about the Port of Klaipeda at CruiseMapper)