Year-end results show that Port Houston’s business continues to be solid. “With the leadership and guidance of our Commission, our port continues to prosper,” said Port Houston Executive Director Roger Guenther when he delivered his 2018 year-end report to the Port Commission of the Port of Houston Authority during its first regular monthly meeting for 2019, which was held Tuesday. 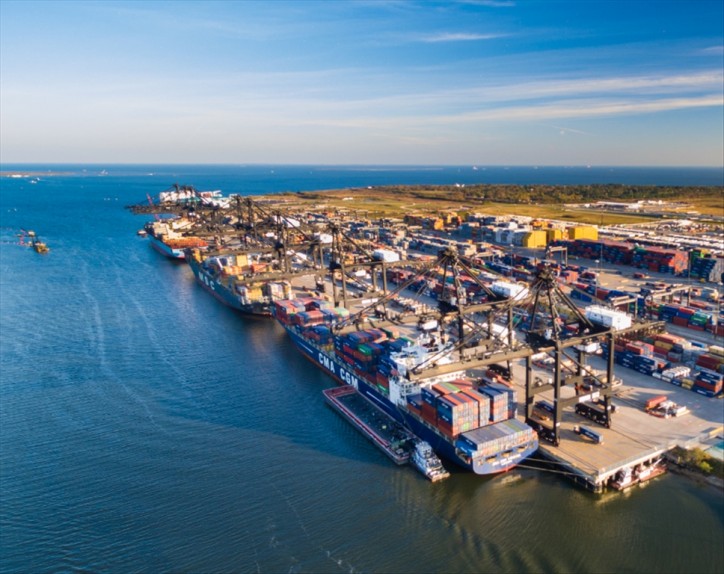 In highlighting a host of achievements in 2018, Guenther announced several records were broken in 2018, including that total tonnage at Port Houston facilities set a record of 35.7 million tons, which reflected an increase of 9 percent from 2017.

“The strength of cargo activity helped drive Operating Revenue to $366 million for the year shattering the previous record set in 2017 of $333 million,” Guenther said.

Combined business through the port’s public facilities generated a total cash flow of $162 million, surpassing the previous record set in 2017 of $151 million.

Container twenty-foot equivalent units increased 10 percent to 2.7 million, a new record for the Port Authority. “The increased volume was driven by solid growth in both import and export loaded boxes,” said Guenther. “This activity has created a balance of imports to exports for the year of 50/50 import to export, which keeps us well-positioned for growth in the coming years.” Steel tonnage recorded 4.4 million tons, a growth of 21 percent from 2017.

Guenther shared that 2018 could be characterized as “year of the cranes” and “we are buying more to keep up with the momentum.” In August, the port received three ship-to-shore cranes at Bayport Wharf #2 and then on that same day, received five of 10 rubber-tired gantry cranes on order. 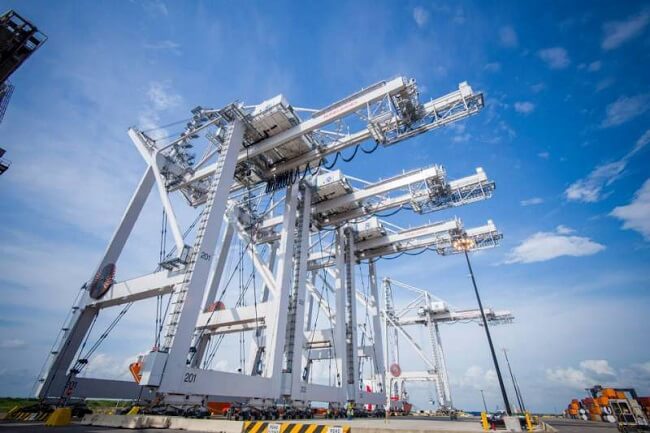 Last year, the port also awarded a contract to Konecranes to purchase ten diesel electric container yard cranes for Barbours Cut Container terminal. “These new cranes will help give it the capability to further handle the growing demand of larger ships,” Guenther shared.

Port Commission Chairman Janiece Longoria presided over her last meeting Jan. 29, due to term limits. She received a standing ovation in gratitude for her leadership and a lasting legacy. In her closing remarks, Chairman Longoria highlighted her achievements as leader.

She underscored that during her tenure, since 2013, $1 billion in capital investments had been made, funded from free cash flow generated through container operations. She applauded staff for its “strategic and forward thinking” for providing that management.

Chairman Longoria symbolically passed the gavel and the organization in excellent standing, along with her appreciation and support to the newly appointed Port Commission Chairman Ric Campo whose two-year term starts Feb. 1.