The ferry arrived in Barcelona during the past weekend from the Italian Cantiere Navale Visentini shipyard in Venice where it was built.

The president of Baleària, Adolfo Utor, noted the start of commercial operations for Hypatia de Alejandría marks an important milestone for the company, as it is the first passenger ferry powered by natural gas in the Mediterranean. Hypatia de Alejandría will soon be joined by its sister vessel Marie Curie, currently under construction at the Italian shipyard. 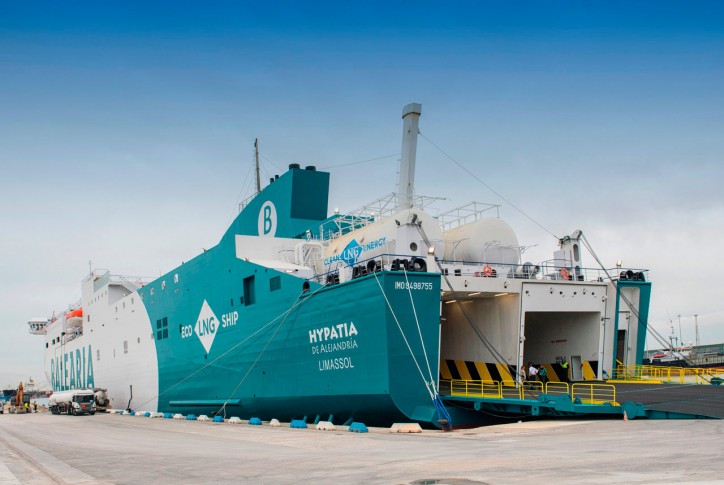 In addition to Hypatia de Alejandría, and Marie Curie, Baleària has the Eleanor Roosevelt under construction at the Armon de Gijón shipyard, the world’s first fast ferry for passengers and cargo powered by dual engines running on natural gas.

In addition, the project of retrofitting six of its ships has already started and will be carried out over a two-year period. The project received financial support from the European Union.