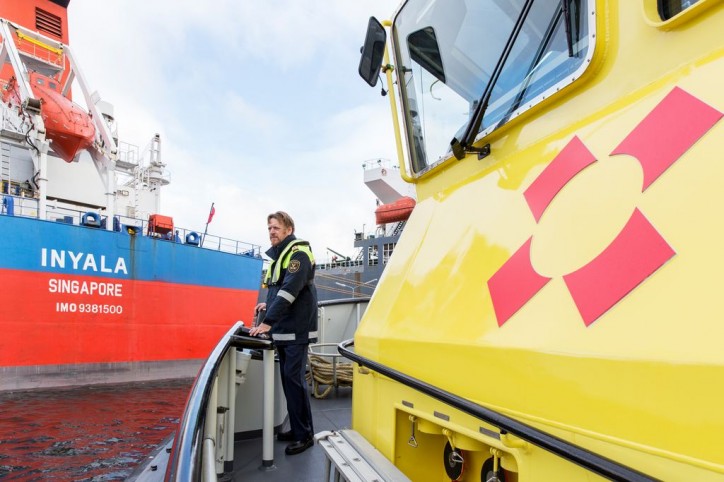 Although the port saw an increase in shipping activity levels in 2018, Harbour Master Marleen van de Kerkhof believes there is no causal relationship between this increased activity and the number of incidents.

“This is explained in the notes to these statistics. A large number of the accidents that occurred involved minor incidents such as vessels generating high waves that inconvenienced other waterway users. We aim to reduce the number of shipping accidents of any kind and size. Having recorded between 30 and 35 accidents over the past three years, we exceeded this number in 2018. This is due to the fact that we began recording all incidents 2018. We were already keeping track of major incidents, but are now capturing minor occurrences as well.”

These efforts are part of the ‘Just Culture’ programme devised by the Harbour Master’s Division, which is patterned on similar, well-established procedures in the aviation industry. Van de Kerkhof: “The programme is designed to foster a culture that ensures maximum learning experiences in relation to incidents and near-misses by assessing these incidents carefully and methodically. Rather than seeking to apportion blame, the aim is to identify any learning points in the process.”

Any incidents are discussed by the parties concerned and recorded in a standardised format, leading to improved evaluations and also revealing possible trends. Van de Kerkhof: “By exchanging information with each other at an early stage, we can address potential risks and prevent any incidents. Our goal is to create the safest possible port. One way in which we achieve this goal is by establishing clear rules and enforcing these rules. In that regard, I believe there is no such thing as ‘safe enough’.”

Source: Port of Amsterdam (Additional information about the Port at CruiseMapper)