EXMAR announced earlier today that EXMAR’s Floating Liquefaction Unit (FLNG), to be renamed Tango FLNG, has berthed in Bahia Blanca, Argentina where it will stay and produce LNG for export for YPF over a ten-year period. 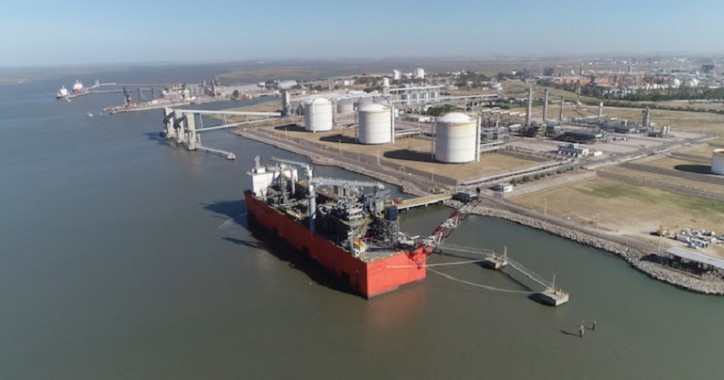 After contract signing in November 2018, the unit was transported from China to Argentina onboard a heavy lift vessel. The next major project milestone will involve outfitting and commissioning the unit. Departure of the first fully-loaded conventional LNG carrier is expected in the second quarter of 2019.

Tango FLNG is the first project using EXMAR’s FLNG technology and will soon become the first FLNG to produce LNG in the Americas. This will turn Argentina into an LNG exporter. Tango FLNG is designed to operate with a liquefaction capacity of approximately 0.5 million tons of LNG per year and will play a key role in YPF’s endeavours to export Vaca Muerta gas reserves to international markets.