Handling 135.1 million tons of seaborne cargoes (down one percent), Germany’s largest universal port can report a respectable result for 2018. Hamburg successfully asserted itself in a difficult environment, achieving a distinct advance on railborne seaport-hinterland transport. In 2018, this category accounted for totals of 46.8 million tons – up 2.7 percent – and 2.44 million TEU – up 4.7 percent. More than 60,000 cargo trains with around 1.6 million freight cars were handled during 2018 on the Port Railway network alone. This topped the record total set in 2016 and extended Hamburg’s position as Europe’s leading rail port. 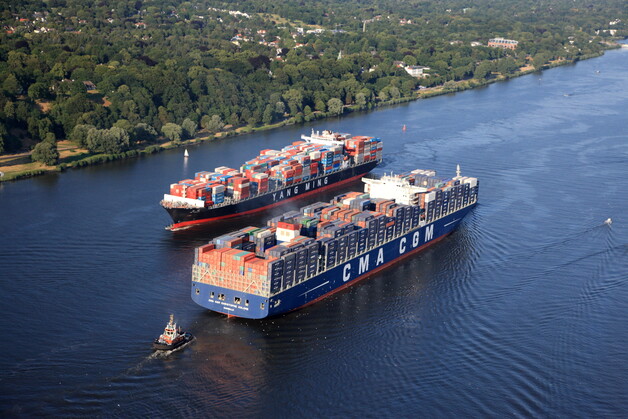 Jens Meier, CEO of Hamburg Port Authority, says: "The positive figures for the Port Railway are a success that we achieved together with our partners last year. We can be justly proud of this performance."

To a large extent this strong position is based on the large number, exceeding 100, of liner services linking Hamburg with the great majority of the 1,000 seaports worldwide.

“Right at the outset of the new year, the Port of Hamburg is off to a flying start as it accepts four new liner services. With weekly sailings from Hamburg, these four Transatlantic container services also link ports on the US East Coast plus others in Mexico,” explains Axel Mattern, Joint CEO of Port of Hamburg Marketing (HHM). “With the transfer of these, ‘THE Alliance’ liner services additional throughput volume of the order of up to 500,000 TEU is arriving on the Elbe.”

In container transport with China, along with the ocean-going vessel as the main carrier, a distinct increase is occurring in transport by rail. China again remained the Port of Hamburg’s largest trading partner in 2018. One in three of all containers handled in the port are for, or from, China.

Complementing the excellent seaborne services, more than 235 connections by rail are now offered from Hamburg along the New Silk Road.

“Having handled around 4.8 million TEU for or from China, compared to other locations in Europe Hamburg is the main hub for China freight by a wide margin,” says Mattern. Hamburg is the central freight handling hub for transport along both the maritime and overland Silk Road. “We shall be further strengthening and expanding our location in terms of transport geography for the benefit of our worldwide port customers,” adds Mattern.

HHM’s Joint CEO sees tremendous growth potential in logistically linking the countries of the Baltic region with the Silk Road. No centre anywhere else in Europe offers this variety of direct sea and rail services with China, emphasizes Mattern. “The short distances between the high-sea and hinterland services by all carriers make Hamburg especially attractive as a hub for China trade. “A dense network of around 2,000 container train connections, excellent autobahn infrastructure, a host of possibilities for transport by truck and inland waterway craft, as well as an airport with an air freight centre, justify Hamburg’s claims as a leading logistics hub.

“Works on upgrading the fairway have already started,” says Michael Westhagemann, Minister of Economics & Transport. “We shall be implementing the project as swiftly as possible and hope that no delays will arise. On 9 March I shall be travelling to Asia to personally brief our port customers and to showcase the location. I shall naturally also be visiting our clients in Europe. I want to express my thanks that shipping companies have remained loyal to us for decades. But I also want to tell them just what Hamburg has to offer with its port.”

Ingo Egloff, Axel Mattern’s Executive Board colleague, also points out that commencement of construction work as part of the fairway adjustment on the Lower and Outer Elbe represents a positive signal for shipping companies and shippers in Germany and internationally. He is delighted that major shipping company alliances are already announcing that after the deepening and widening of the Elbe, they will be making Hamburg their first discharge and last loading port in Northern Europe for their container services. “Adjustment of the fairway will not just simplify calls in Hamburg for shipowners, but will also permit handling of larger volumes. Extra draft and an improved situation for passing on the Elbe will also facilitate better use of transport capacity on their ships,” explains Egloff. 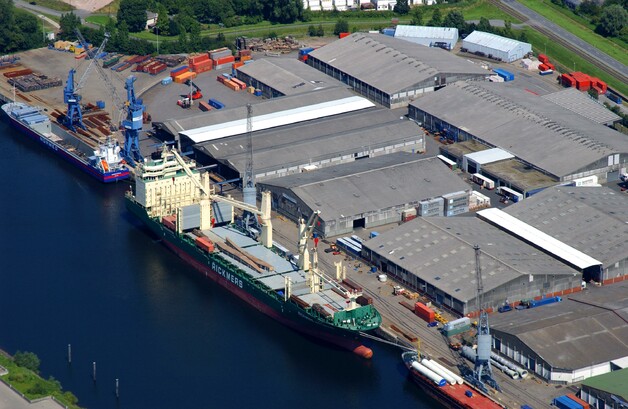 Once the Elbe has been deepened, large containerships and bulk carriers will be able to bring around 18,000 tons more cargo to Hamburg, likewise being able to sail with increased quantities. The port and its handling terminals are already clearing mega-carriers with slot capacities of over 21,000 TEU and, looking to the future, are preparing to clear arrivals and departures by even larger vessels. "The order book for the new generation of the Mega Carrier is full. We are raring to go with carrying out all necessary preparations, so that even the 23,000-TEU vessels can make it safely into the Port of Hamburg,“ says Jens Meier.

The Port of Hamburg, which is also Germany’s largest integral industrial area, will harness technological progress to expand its existing knowhow in the logistics field, while keeping in view the aims of climate policy. The port and Northern Germany as a logistics region are positioning themselves as an attractive location with superb prospects for the future.

As a broadly based universal port, the Port of Hamburg provides more than 156,000 jobs in the Hamburg Metropolitan Region. The port is also a significant industrial location and, in generating added value of 21.8 billion euros, is also of immense importance for the entire German national economy.

For 2019, the Port of Hamburg’s marketing organisation reckons with the distinct growth of between three and four percent in container transport, and a stable outcome for bulk cargo handling.

Seaborne cargo throughput in the Port of Hamburg, January – December 2018 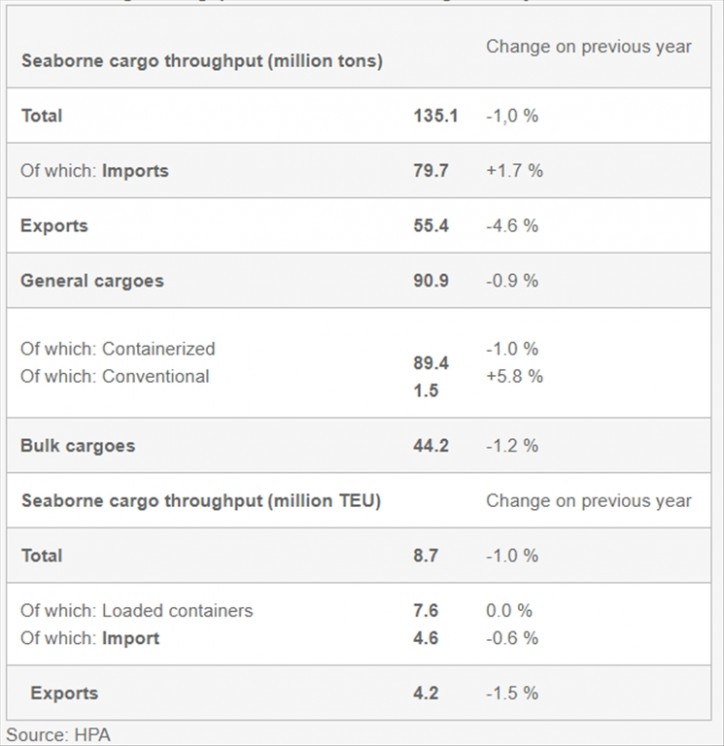 Source: Port of Hamburg (Additional information about the Port see at CruiseMapper)