Golar LNG enters into an agreement to supply a FLNG unit to BP for phase 1 of the Greater Tortue - Ahmeyim Project, West Africa

Golar LNG Limited (Golar) (NASDAQ: GLNG) announces yesterday that Gimi MS Corporation (Gimi MS), a newly incorporated subsidiary of the Company, has entered into a 20-year Lease and Operate Agreement ("LOA") with BP for the charter of an FLNG unit, Gimi, to service the Greater Tortue Ahmeyim project. 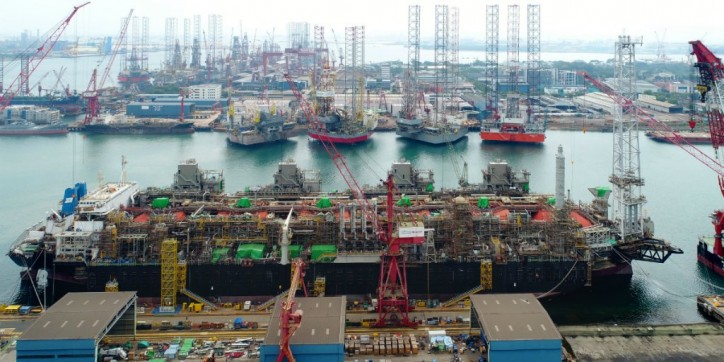 Expected to commence production in 2022, the FLNG Unit Gimi will liquefy gas as part of the first phase of the Greater Tortue Ahmeyim project and be located at an innovative nearshore hub located on the Mauritania and Senegal maritime border. FLNG Gimi is designed to produce an average of approximately 2.5 million tonnes of LNG per annum, using the Black & Veatch "Prico" liquefaction process, with the total gas resources in the field estimated to be around 15 trillion cubic feet.

Concurrent with its entry into the LOA, Gimi MS has entered into a Subscription Agreement (subject to closing conditions) with First FLNG Holdings Pte. Ltd., an indirect wholly-owned subsidiary of Keppel Capital, in respect of their participation in a 30% share of FLNG Gimi.  Gimi MS will construct, own and operate FLNG Gimi and First FLNG Holdings Pte. Ltd. will subscribe for 30% of the total issued ordinary share capital of Gimi MS for a subscription price equivalent to 30% of the project cost. LNG carrier Gimi has been relocated from layup to Keppel Shipyard in Singapore where conversion works are expected to commence soon.

Construction of FLNG Gimi is expected to cost approximately $1.3 billion, excluding financing costs. Once accepted under the contract, annual earnings before interest, tax, depreciation and amortization of approximately $215 million with potential upside for over performance are expected.  Golar is also in the final stages of receiving an underwritten credit commitment for a $700 million long-term financing facility from a syndicate of international banks that will be available during construction. Golar's plan is that together with other financing facilities, by the end of the 4-year construction period the anticipated maximum total equity contribution from the Company in respect of its 70% stake will be approximately $300 million.

Commenting on the LOA, Golar CEO Iain Ross said, "This landmark 20-year agreement with BP, which is Golar's second FLNG tolling agreement, is the culmination of a lot of hard work and commitment from the project and commercial teams that commenced late 2017.  The potential of Golar's floating LNG solution was reinforced by FLNG Hilli Episeyo's proof of concept, Heads of Terms were agreed with BP and its partners in April 2018 and work has been ongoing via the previously reported Limited Notice to Proceed.  Golar is delighted to have the opportunity to demonstrate the safe and reliable operation, quality and value of its FLNG offering to such a world class energy company as BP and looks forward to safely delivering and building on this long-term relationship over the decades ahead".