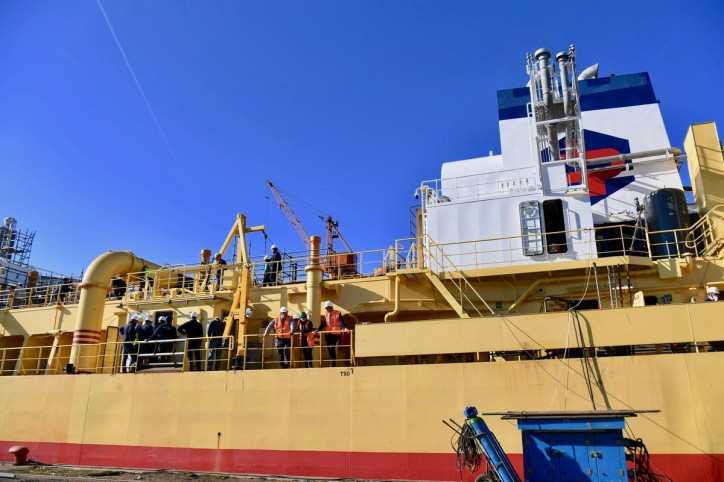 Damen will deliver a turnkey package that included engineering, procurement and support. The previous propulsion system of Dragages-Ports’ Samuel de Champlain was diesel-electric burning MGO, and so the contract included the change of generators to dual-fuel models and the installation of on board LNG storage facilities. The project was a complex one and not without its challenges. A decision to change the engine manufacturer once the project was underway required a fresh approach to their integration, and the interfacing of all the main systems with the new propulsion plant plus the extensive pipe works required meticulous planning and careful execution.

“The Samuel de Champlain conversion has been the subject of much interest within the dredging industry and the maritime industry in general,” says Fabien Guillemot, Commercial Manager at Damen Shiprepair Dunkerque. “LNG isn’t new, of course, but this ground-breaking conversion of an existing vessel opens up new possibilities for everyone. With environmental regulations set to tighten ever further in the foreseeable future, the success of this project is evidence for owners of ships operating in coastal waters and emission control areas that there is an alternative to scrapping old vessels and building a new one.” 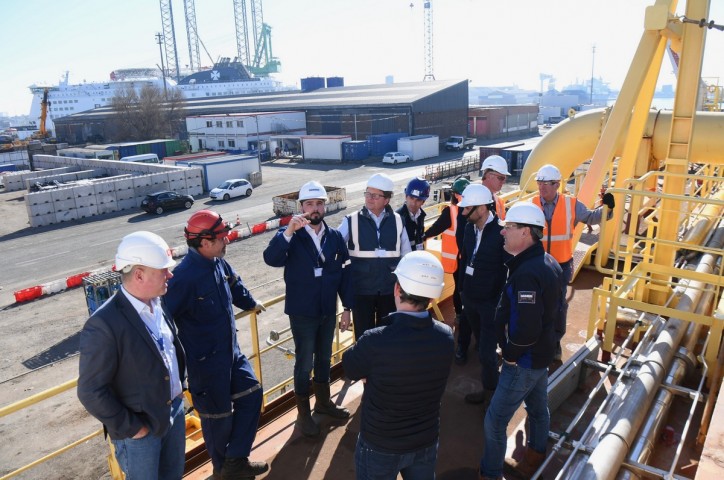 On February 26 a technical presentation on the Samuel de Champlain project took place at Damen Shiprepair Dunkerque to an invited audience of Damen customers and other companies with an interest in the technology and its potential. During the technical presentations the various challenges that the project team encountered as the conversion proceeded were discussed. The object of this was to give other vessel operators considering conversions of this type detailed insights in the process and some of its less predictable elements. The customer Dragages-Ports and the three main suppliers/subcontractors of the project also spoke about their specialist roles. 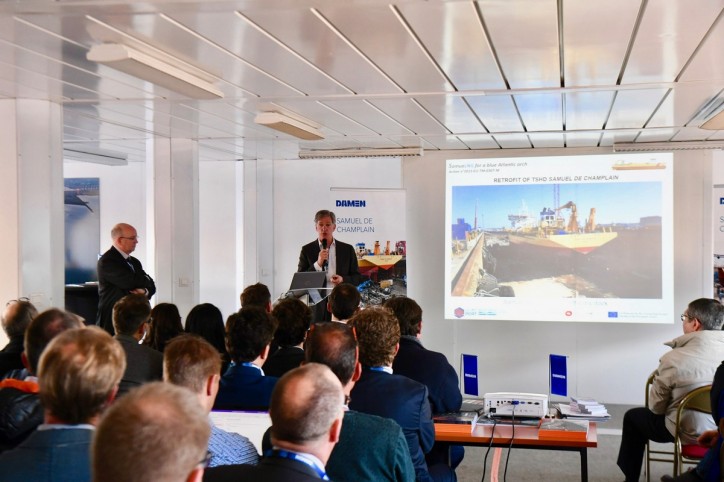 Following her final commissioning the Samuel de Champlain will return to her regular duties of dredging the Loire and Seine rivers.

The conversion has been part of an EU-supported initiative to promote LNG propulsion in short-sea vessels operating along the European Atlantic coast.