The 39,000 tonne Tide-class tanker RFA Tidespring has moored at Cammell Laird in Birkenhead, UK for its inaugural docking period. Its arrival marks the start of two Through Life Support contracts that will see the UK shipyard and engineering company maintain nine vessels of the Royal Fleet Auxiliary (RFA) over the next 10 years. 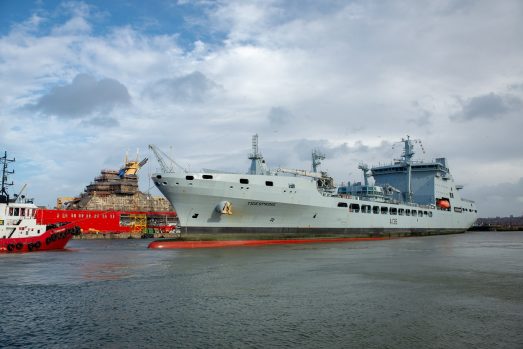 At the same time the company was awarded a second 10-year contract that will see it continue to provide support for the vessels RFA Fort Victoria, RFA Fort Austin, RFA Fort Rosalie, RFA Wave Knight and RFA Wave Ruler, which it has done since 2008. 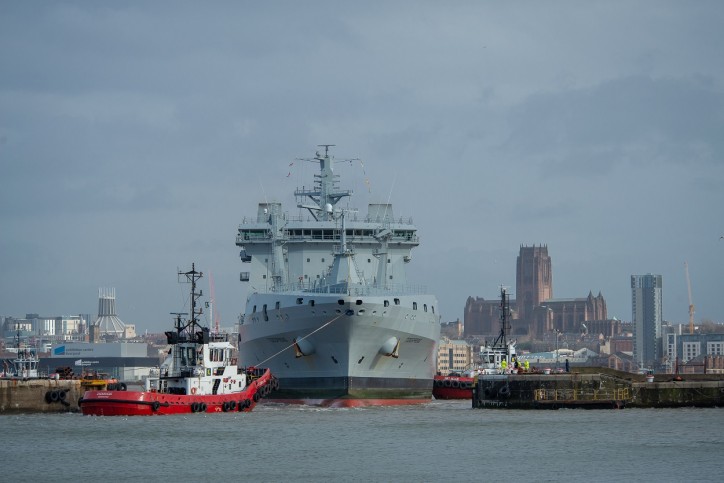 Cammell Laird said winning the contracts will sustain more than 300 jobs at the company and across its supply chain, and create more than 100 apprenticeships.

RFA Tiderspring, which entered service in 2017 and is first in her class and her refit package will be carried out over the next four months involving survey work, and general repair and maintenance projects. 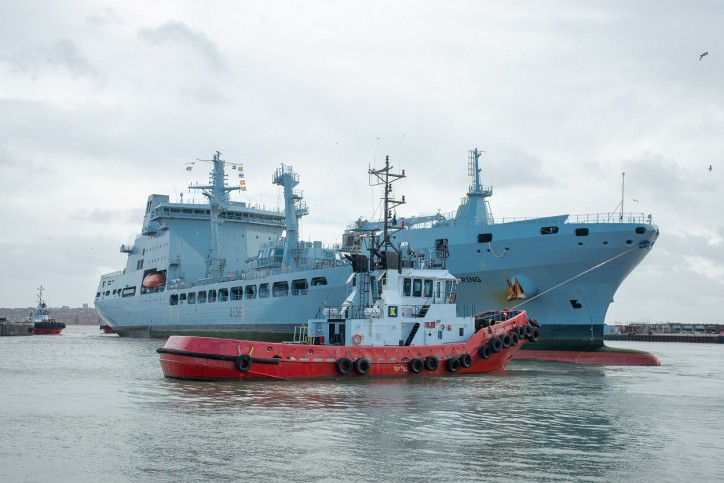 Tide class tankers are the newest addition to the RFA Flotilla, designed to supply the Royal Navy’s warships, including the two new Queen Elizabeth class aircraft carriers, with fuel and water while deployed on operations. They are as long as three jumbo jets lined up nose-to-tail, and can carry 19,000 metres cubed of fuel and 1,300 metres cubed of fresh water.

David Farmer, Head of Commercially Supported Shipping at Defence Equipment and Support, the MOD’s procurement organisation, said: “The arrival of RFA Tidespring at Birkenhead signals the culmination of an extremely successful first 15 months at sea. Her initial deployments, including those alongside HMS Queen Elizabeth, have been marked by very positive feedback from RFA personnel – indeed, satisfaction with the Tide class has been growing appreciably since she entered service. 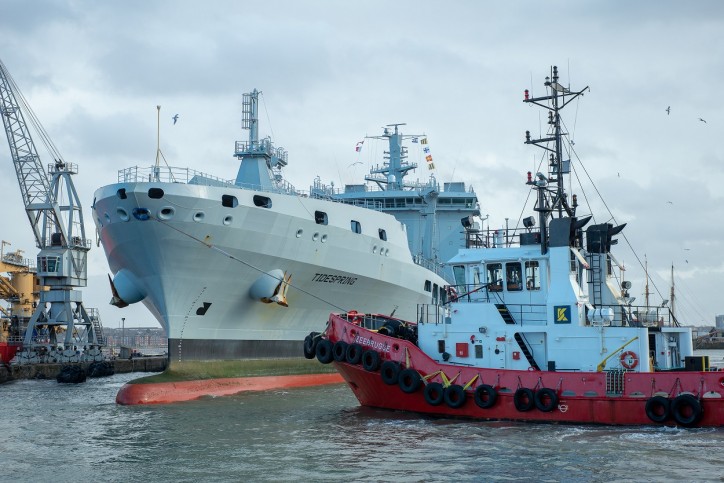 “With support for the class underway through the Future In Service Support agreement we now look forward to Tidesurge and Tideforce, the final two ships in the fleet, entering service in the coming months.”

John Kennedy, MOD Programme Director at Cammell Laird, said: “It’s an exciting time for everyone, marking the beginning of another 10-year contract and what I’m sure will be another very successful period of Cammell Laird supporting the RFA Flotilla. 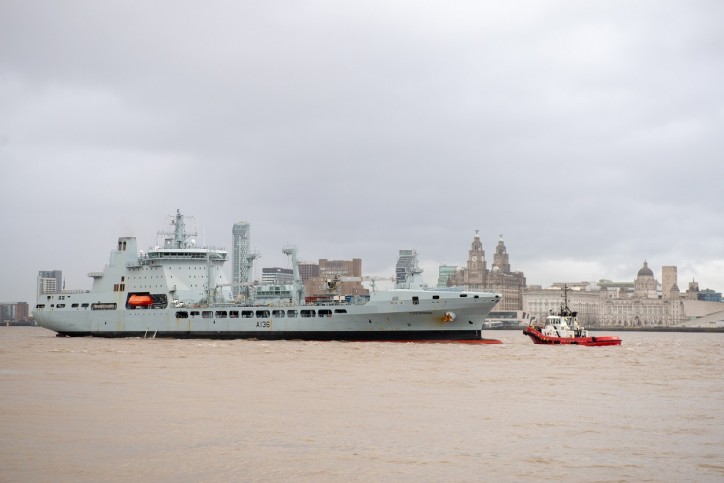 “It was fantastic to secure work for the ships we’ve been responsible for since 2008, and the icing on the cake was also winning the Tide class tankers contract. This is the reward for succeeding in what was a highly competitive two-year tender process and we’re looking forward to getting started.

“The previous RFA contract serves as a fantastic foundation and it’s absolutely our intent to continue delivering continuous improvement, providing value for money for the UK taxpayer and maximising the availability of these ships for the RFA.”

Captain(E) RFA Terry Edwards, Group Technical Superintendent for Tide class tankers, commented: “With RFA Tidespring, as the first of class, commencing her first docking period at Cammell Laird, and also as the first ship to do so under the recently awarded Through-Life Support contract, this is a great start to the next chapter in the company’s long relationship with the RFA and DE&S. Cammell Laird’s ability to begin work on the ship a month early also underpins the company’s agility in responding to the dynamic nature of ships’ programmes.”

As well as allowing Cammell Laird to invest further in its workforce and infrastructure, the new contracts will support the continuation of the firm’s apprentice training programme. The scheme takes in around 20 talented young people from the area each year. More than 250 apprentices have been recruited since 2008, with in excess of £18million invested in the apprentice programme.

Mr Kennedy added: “These contracts will secure jobs, bring money into the local economy and provide a bedrock for our apprentice training programme. It’s really good news for Birkenhead, Liverpool and the wider region, including all the local contractors providing marine support services. A lot of companies will benefit and this is the first of hopefully another 10 years of successful business with the RFA.”