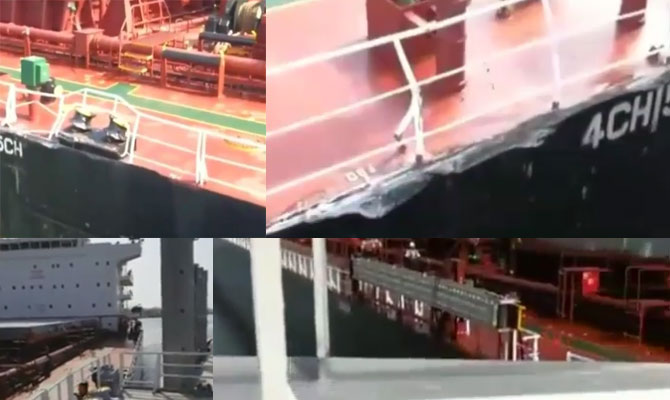 The vessels sustained slight damages. The collision did not affect ship traffic in the Canal and both vessels continued their transit.

No injuries to crew were reported.