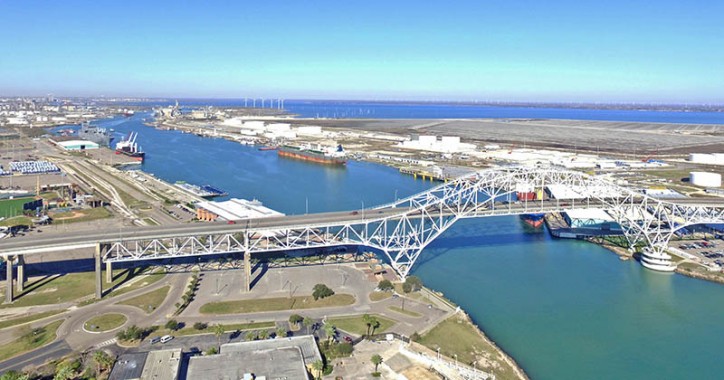 “We are pleased with the Administration’s recognition of the importance of the Corpus Christi Ship Channel Improvement Project by including it in the budget again this year,” said Sean Strawbridge, Chief Executive Officer for the Port of Corpus Christi. “Investing in infrastructure, balancing trade, and achieving energy independence is front and center to the Administration’s agenda and clearly this project checks all those boxes.”

“I was excited we were able to secure so much funding this past year for the Port’s Channel Improvement Project, because the Port of Corpus Christi is vital not just to economic growth in our region but also for the strategic interests of our nation,” said Congressman Michael Cloud. “The additional support announced today in the President’s budget proposal is very encouraging, and I will continue working with Port leadership, Congress, and the Administration throughout the budget process to make sure this important project remains a priority.”

“This project is critical to reaching our nation’s energy goals, and we are proud to be playing such a major role in becoming a net exporter,” said Charles W. Zahn, Jr., Chairman for the Port of Corpus Christi Commission. “We are honored to work with the Army Corps of Engineers and the Administration to continue advancing this project.”

Completion of the ship channel will allow the Port to increase export volumes of U.S. oil and natural gas, bolstering domestic energy production and supporting the nation’s allies abroad. The Port of Corpus Christi exported $10.8 billion of crude oil to U.S. trading partners in 2018, contributing to the offset of the United States trade deficit.