Wight at the forefront of environmental stewardship – Hybrid Explorer Vessel

UK shipbuilder Wight Shipyard Co is continuing to build on its solid reputation in the commercial ferry build sector by becoming involved with a new company set up to build the most capable and efficient explorer vessels available on the market. 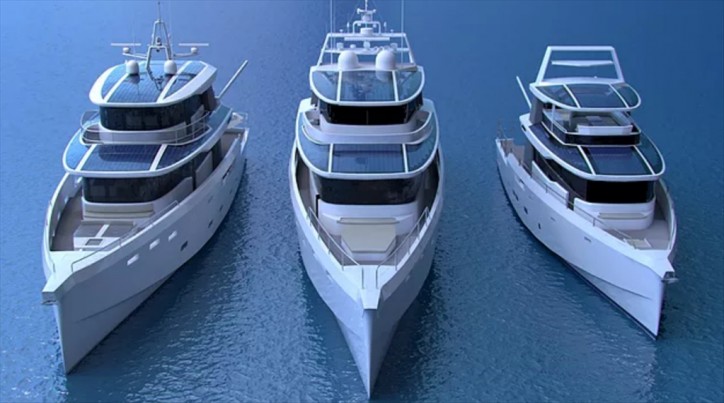 Arksen is developing, building and supporting semi-autonomous, hybrid explorer vessels, responsibly designed from the ground up to have the least impact on the environment and take adventurers to the most inaccessible corners of the world’s oceans.

“Ship building on the Isle of Wight goes back hundreds of years. The Isle of Wight builds the finest aluminium vessels in the world and this explorer yacht range fits perfectly alongside our high-speed ferry building operation,” said Peter Morton, chief executive of Wight Shipyard Co.

“My aim with Arksen is first and foremost to develop exceptional products to the highest build standards with their full lifecycle in mind; from sourcing to recycling at end of life. We share similar values with Arksen, so are delighted that we will build these forward-thinking explorer vessels with them. This project will be a great boost for the Marine manufacturing businesses on the Isle of Wight.”

The Arksen team first aims to develop a semi-autonomous, hybrid explorer concept vessel. Arksen 85 will be the first in build with tank testing having already begun. The team is hoping for a Summer 2019 start date with a ten-month build schedule.

The green credentials don’t just stop at the beginning and end of the vessel’s lifecycle, they also extend to operations. All future Arksen boat owners must commit to donating 10% of seagoing time to the Arksen Foundation, a non-for-profit organisation set up to provide project funding, facilitate cutting-edge scientific research and create innovative media to inspire a greater understanding of the fragility of the ocean.

Arksen, which was launched at boot Düsseldorf on 19 January 2019, is the brainchild of UK based tech entrepreneur and investor Jasper Smith who, after a career spanning 30 years in the games and tech industry, has expanded and set his sights on the marine industry.

“We are working closely with Wight to design and build vessels to be the best in class in efficiency and fuel economy, as well as understand the procurement process and the supply chain for the components that we use in and during construction to ensure the vessels are fully recyclable at the end of their life,” said Mr Smith.

“This cradle to grave approach is one that we believe will be common place in the industry within the next ten years, but we are proud to be pioneering it with our suppliers.”