When the vehicle carrier Tranquil Ace docked at the Port of Nanaimo on March 8, it delivered the first Mercedes Benz cars in what would be a pilot-run of the new Vehicle Processing Centre (VPC) at the Port. 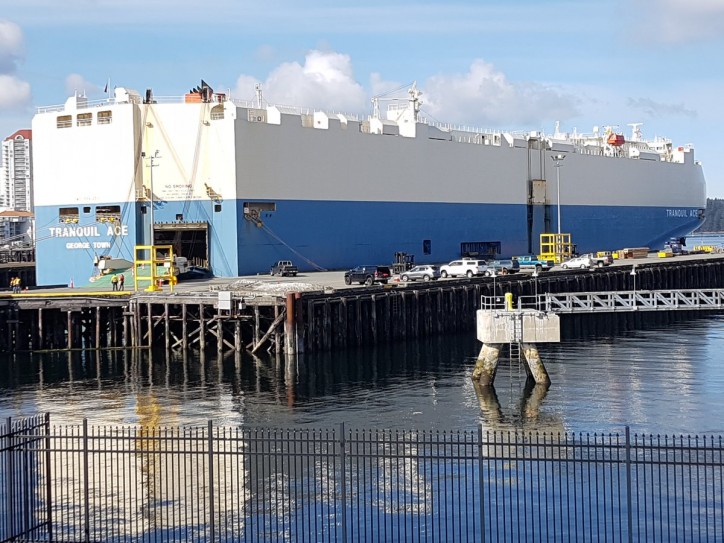 It’s been almost a year since the Port of Nanaimo announced the partnership between Western Stevedoring and the Auto Division of SSA Marine to set up a 60,000 square foot facility near the waterfront to do final detailing on European automobiles prior to their delivery to B.C. dealerships for sale.

The Federal government committed $6.3 million towards the project, which created up to 200 jobs during construction and will have around 100 jobs once full production begins in early April following the arrival of a full shipment of vehicles. 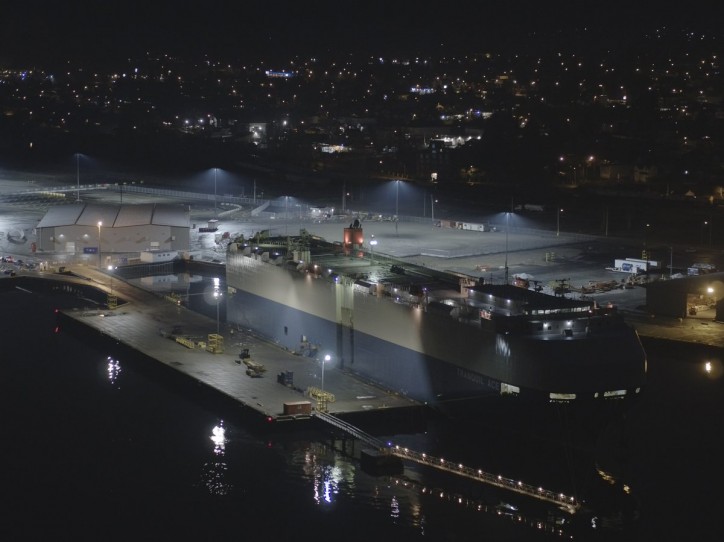 “This project came about after a lot of hard work behind the scenes,” says Port of Nanaimo Chair Michelle Corfield. “Watching the first pilot-run is very exciting, because it means the Vehicle Processing Centre is almost ready to open, and these well-paying jobs will be a real boost to the local economy.”

Ian Marr, who was appointed Chief Executive Officer of the Port in January, says the Vehicle Processing Centre opens up new doors of opportunity for the Nanaimo region. Previously, European cars had been shipped to eastern Canada and sent across the country by rail.

“As the first auto carrier enters the Port of Nanaimo, we recognize that this is a historic event for our community,” says Marr. “This was a test of our protocols that will maintain the highest levels of safety for workers and the public.” 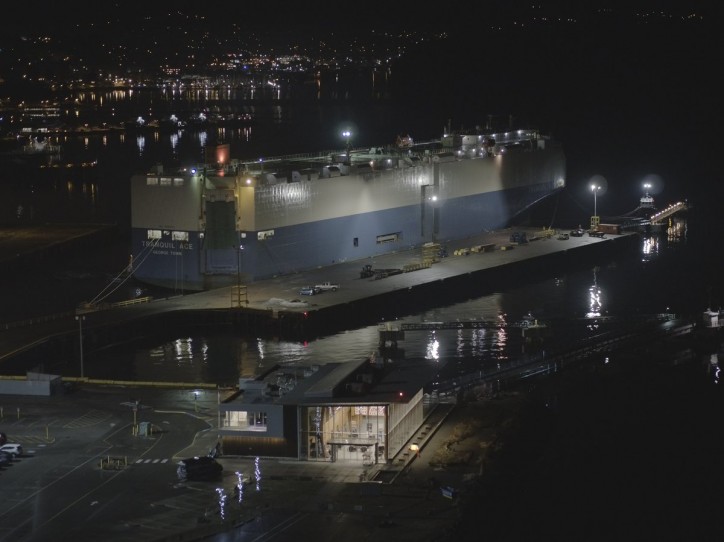 The VPC test run wasn’t the only big news at the Port of Nanaimo, as Harbour Master Rodney Grounds announced that a two-day salvage operation by Global Diving and Salvage resulted in the raising of the Samantha J tugboat that sank in Northumberland Channel in October, 2014 while towing a wood chip barge.

When it first sank, the Samantha J leaked some fuel. After the tug was re-floated, the Coast Guard confirmed the tugboat had no hydrocarbons on board and it was returned to its owners.

The tug was deemed to be an operational hazard and rendered the Nanaimo Anchorage 1 site unusable. Once removed, Grounds said they were able to anchor a 225-metre vessel at the site just days later.

Last November, the Port received a letter of commendation from the British Columbia Coast Pilots Ltd. for its work guiding deep-sea vessels through busy, narrow local waterways in late October.

That same month, the Port announced design plans have been completed for the new downtown boat basin marina that will increase available moorage by 50 per cent, using the same footprint.

Chief Operating Officer Mike Davidson says the Port of Nanaimo has initiated extensive public consultation regarding the Marina, making good on its promise in 2018 to hear from citizens and stakeholders who wanted to have input in the planning process, which provided insightful thought and ideas to the process.

“We have good, strong leadership as Ian and Mike have deep roots in the community, and our Board is very strong,” says Corfield. “We are excited about what the future holds, and the citizens of Nanaimo should be as well.”

Source: Port of Nanaimo (Additional Information about the Port at CruiseMapper)