Grimsby’s Royal Dock has been confirmed as the home for Triton Knoll’s offshore construction and operations and maintenance facility after the project signed an eagerly awaited port lease with ABP Grimsby.

A new construction and longer-term Operations and Maintenance base will be constructed across nearly four acres of prime port location, which the project says will create opportunities for both local jobs and suppliers. 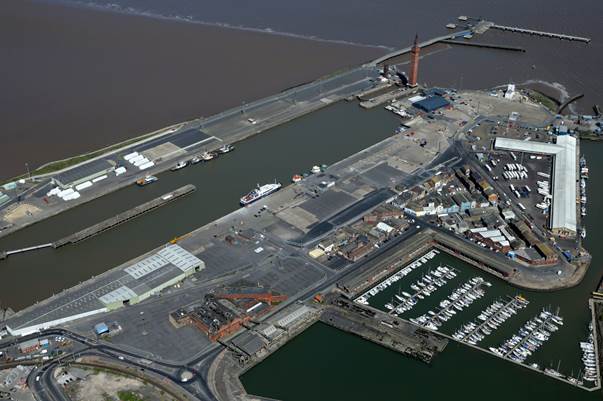 The 857MW offshore wind farm will consist of 90 of the world’s most powerful turbines, two substations and over 100km of cabling, and represents a significant investment in both new UK energy infrastructure as well as supply chain opportunities. Located 32km off the Lincolnshire coast, Triton Knoll is the largest offshore wind farm currently in construction by innogy and, once fully operational, will be capable of generating enough renewable energy for the equivalent of over 800,000 typical UK households.

Julian Garnsey, project director for Triton Knoll and innogy, said: “We are very pleased to be establishing our long term home in what could be considered to be the hub of the offshore wind industry. The recent Offshore Sector Deal sets out the huge potential of offshore wind to create up to 27,000 high skilled jobs in UK coastal communities. Continued commitment to new and expanding facilities such as ours with ABP, means we can deliver even greater investment into coastal communities and businesses, where jobs and economic regeneration are most needed.

“ABP is recognised as a leader in the provision of quality renewables port facilities, and we’re looking forward to developing and growing our facilities with them, local people and businesses in the coming months and years.”

New facilities to be constructed at ABP’s Royal Dock will provide the base from which Triton Knoll will manage the construction and 20-25 year operations and maintenance activities of its offshore site, which is over 145km2 in size - bigger than the city of Manchester.

As a result, the port will support regular, long-term vessel movements, including service operations vessels and crew transfer vessels, during both the construction and operations phases.

“It is through this collaborative approach that ABP can proclaim we are at the centre of driving the green supply of energy for the nation. “

Triton Knoll also aims to recruit new and existing skilled technicians to its team, with the first up to 20 roles expected to be recruited and in place by the end of the year.

Tendering for a contractor to build the facility is also underway, and due to be concluded later this Summer.