Classification society DNV GL has presented China Merchants Heavy Industry (CMHI) with Approval in Principle (AiP) certificates for two new offshore units: an arctic single column drilling unit and a wind turbine shuttle. The certificates confirm that DNV GL has assessed each of the two designs according to class rules and found no significant obstacles exist to prevent the concept from being realized. 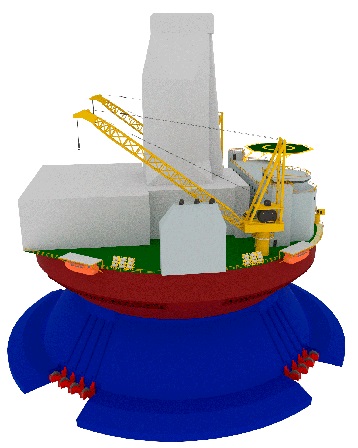 “CMHI and DNV GL have been partners in strategic cooperation for many years. Together, we both aim to not only set industry standards in ship and offshore unit designs, but contribute to safer and more environmental-friendly operation,” said Norbert Kray, DNV GL’s Regional Manager Greater China. "We are very grateful that CMHI have made us their first choice for classification services for these two projects and we look forward to strengthening our cooperation in the future.”

The arctic single column drilling unit (SCDU) consists of a round floater with an upper and a lower hull, an enclosed deckhouse, and a round footing. It is designed for well work-over, exploration, and development drilling operations in water depths up to 700m in moderate environments, including Arctic and sub-Arctic areas (open water and up to 1.5m ice thickness), moored by a 16-point mooring system. The round conical shape of the strengthened hull structure is designed to deflect and break the ice, protecting the drilling riser and other equipment in the moonpool against level ice. DNV GL assessed the design according to a high-spec class notation string: 1A Cylindrical Drilling Unit(N) Crane-offshore(N) DRILL(N) E0 POSMOOR Non-self-propelled HELDK (S, H, N) DAT (-40) Ice(L) PC(5) Winterized(Polar, -45°C) BIS BWM(T) Clean(Design). 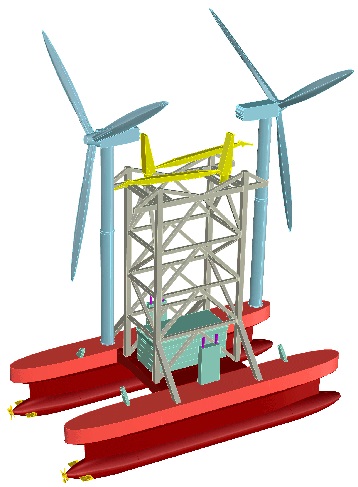 Capable of transporting and installing two fully assembled wind turbines or two wind turbine foundations, the vessel has a highly redundant dynamic positioning system installed and the wind turbine hoist tackles are equipped with an active system to compensate for the heave motion of the vessel.

The WTS can provide a "one-piece" installation service for OWT, as well as jacket foundations, piles, and other components.

The design was assessed according to the class notations: 1A Column-stabilised Wind turbine installation unit Crane-offshore DYNPOS(AUTRO) E0.