The Republic of the Marshall Islands (RMI) Maritime Administrator has completed its Marine Casualty Investigation Report into the loss of the very large ore carrier (VLOC) STELLAR DAISY. 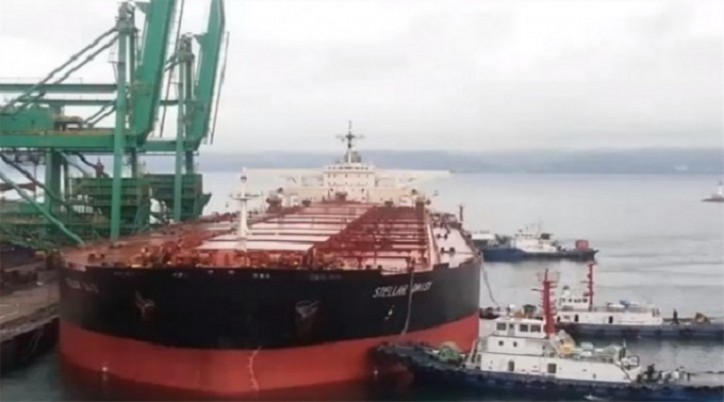 The STELLAR DAISY, with a crew of 24, sank in the South Atlantic Ocean on 31 March 2017. Two (2) crewmembers were rescued by a vessel in the vicinity and 22 crewmembers are missing and presumed to have perished in the casualty. The Administrator expresses its deepest condolences to the families and friends of the missing 22 crewmembers and its sincere gratitude to all those involved in the search and rescue operation.

The STELLAR DAISY was formerly a very large crude carrier (VLCC), which completed its conversion to a VLOC in January 2009. There are currently ten VLCCs that have been converted to VLOCs registered in the Republic of the Marshall Islands.

The Administrator’s marine casualty investigation was initiated immediately after confirmation of the vessel’s casualty. The investigation was conducted by a team of Administrator investigators with support from external consultants. The investigation included interviews with the two surviving crewmembers, a detailed review of documents related to the ship’s conversion design, maintenance and inspection history, and cargo records, and a third party and Classification Society technical analysis. It also included a review of a video taken during a deep-sea search that was conducted by the Republic of Korea. The Administrator’s investigation determined that the likely direct cause of STELLAR DAISY foundering was a rapid list to port following a catastrophic structural failure of the ship’s hull that resulted in a loss of buoyancy and uncontrolled flooding.

The Administrator thanks the marine safety investigation authorities from the Republic of Korea, the Republic of the Philippines, and the Federative Republic of Brazil for the assistance they provided as Substantially Interested States. The Administrator also thanks Polaris Shipping Co. Ltd., the Korean Register, and Vale S.A. for their cooperation. In accordance with the International Maritime Organization (IMO) Code of the International Standards and Recommended Practices for a Safety Investigation into a Marine Casualty or Marine Incident (the “Casualty Code”), the Administrator has provided a copy of its Report to these Substantially Interested States and interested parties. The Report has also been provided to the Secretary General of the IMO. In accordance with the Casualty Code, the purpose of the Administrator’s investigation is to prevent similar marine casualties in the future. It is not intended to apportion blame or determine liability.