Yesterday, the Panama Canal welcomed its 6,000th Neopanamax vessel through the Expanded Canal, underscoring the route’s ability to accommodate the highly-dynamic liquefied natural gas (LNG) segment, which first transited the waterway following the inauguration of the Expanded Canal less than three years ago. 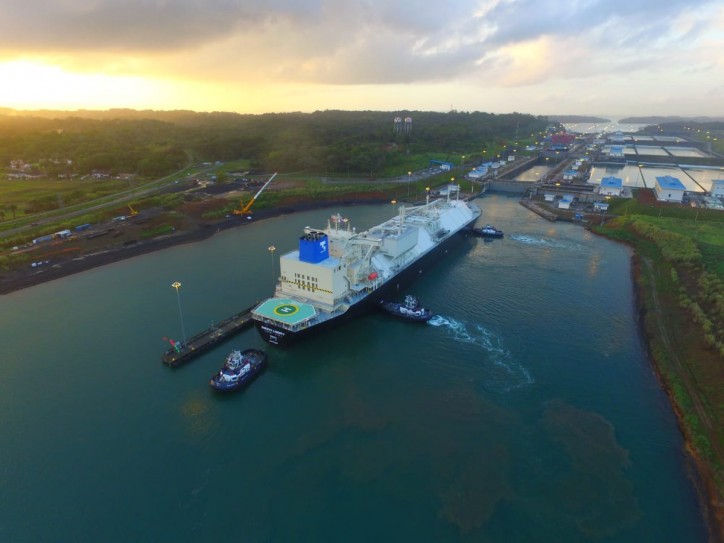 The LNG vessel Energy Liberty completed the milestone transit today travelling southbound from the Atlantic to the Pacific Ocean. Constructed in 2018, the vessel has a cargo capacity of 165,000 m3 and measures 300 meters in length and 49 meters in beam.

“Once again, we are proud to celebrate this achievement alongside our world-class workforce and LNG industry partners, who have swiftly adopted the waterway since the inauguration of the Expanded Canal less than three years ago,” said Panama Canal Administrator Jorge L. Quijano. “We look forward to continuing to exceed expectations for our customers, while offering the same reliable service, flexibility and opportunity as always.”

With significant reductions in voyage time, the Expanded Canal offers a highly competitive route for U.S. gas deliveries to major Asian importers. The Energy Liberty is transporting LNG from the Cove Point Terminal in Maryland, United States and is headed to Japan. This is the Energy Liberty’s sixth transit through the waterway since its inauguration in 2016.

This milestone transit follows the 5,000th Neopanamax transit in December 2018 and comes as a result of the Canal team’s increased experience with the Neopanamax Locks and optimization of its operation, which has allowed for additional capacity, flexibility and efficiency across segments.

Of the 6,000 Neopanamax vessels that have transited to date, more than 50 percent have been from the container segment. Liquefied petroleum gas (LPG) vessels constitute another 26 percent, and LNG vessels make up 11 percent. Dry and liquid bulk carriers, car carriers and cruise ships make up the remaining transits.