Over the recent months, Boka Vanguard and Pioneering Spirit have proved their capabilities and set new records in offshore heavy transport and installation operations. Deltamarin has participated in the design and engineering of these record-breaking vessels. 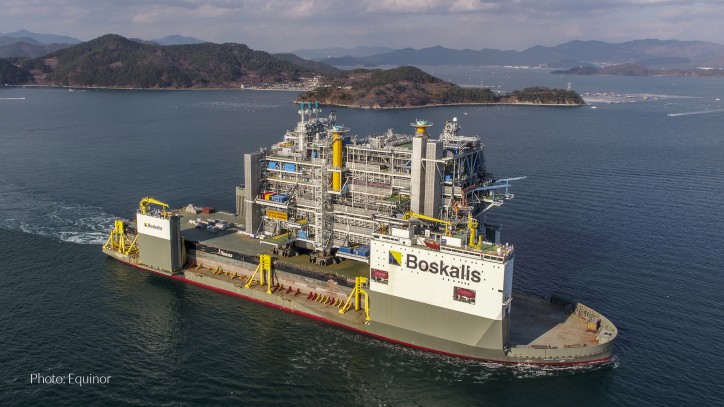 The Johan Sverdrup process platform was transported from the yard in Korea to Norway by Boka Vanguard (formerly Dockwise Vanguard), the world’s largest semisubmersible heavy transport vessel, owned by Boskalis. The unique open-bow vessel design was developed by Deltamarin in close cooperation with the owner, who brought its commercial analysis and knowledge of the market to Deltamarin and, as a joint effort, the novel concept was created. Deltamarin’s scope of work included full concept design and classification design. Since the delivery in 2013, Boka Vanguard has been transporting various heavy cargos around the globe, including a record-breaking load of a 90,000-tonne FPSO unit from China to Brazil.

Later this spring, the Johan Sverdrup processing platform was lifted in a single-lift operation on top of the jacket by the heavy-lift, decommissioning and pipe-laying vessel Pioneering Spirit (formerly Pieter Schelte), owned by Allseas. The installation of the 26,000-tonne processing platform set a new record as the heaviest single-lift ever executed offshore. 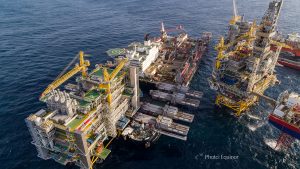 Already back in August 2018, Pioneering Spirit broke a record in pipe-laying by installing a 32-inch pipe at a depth of 2,200 meters on a stretch of almost 6.3 kilometre in one day in the TurkStream project. Pioneering Spirit is the largest construction vessel ever built. It is designed for single-lift installation and the removal of large oil and gas platforms and for installation of large pipelines. It has a lifting capacity of 48,000 tonnes. The vessel also holds the title of the largest vessel in terms of Gross Tonnage (GT), breadth and displacement. Deltamarin participated in the basic design and detail design of the vessel in one of the company’s largest-ever commissions.

Deltamarin wishes to congratulate Equinor, Boskalis and Allseas for the successful heavy transport and lift operations in the Johan Sverdrup project.