A fire broke out at dawn Wednesday aboard an Italian car transport ship loaded with 1,843 vehicles off the Mediterranean island of Majorca, Spanish maritime emergency services said. 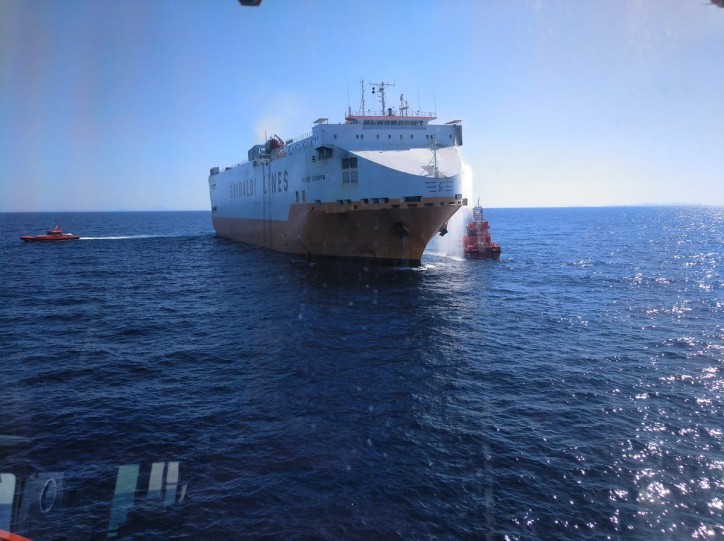 Fifteen of the 25 crew of Grimaldi Lines' Grande Europa were taken off the 183-metre vessel by helicopter before the blaze was brought under control around midday.

The remainder stayed behind to tackle the blaze. 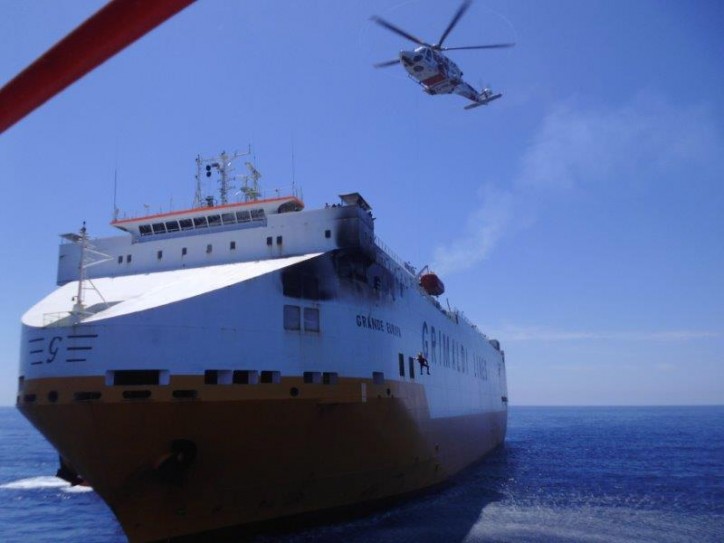 "No one was hurt," a spokeswoman for the services told AFP.

"We do not know the cause," of the fire which started when the ship was 25 nautical miles off Majorca, she said. 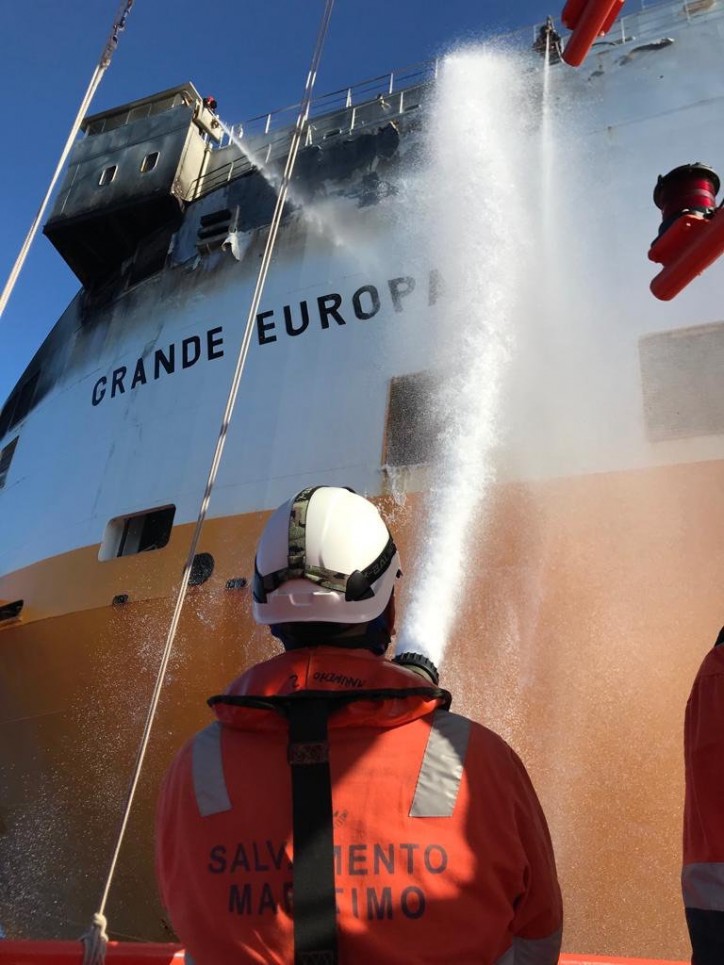 It was "virtually extinguished" by 1100 GMT, the spokeswoman said, and the ship was being towed to port on Majorca.

Grande Europa sailed from Salerno, southwestern Italy, on Tuesday evening to Valencia on the Spanish mainland.