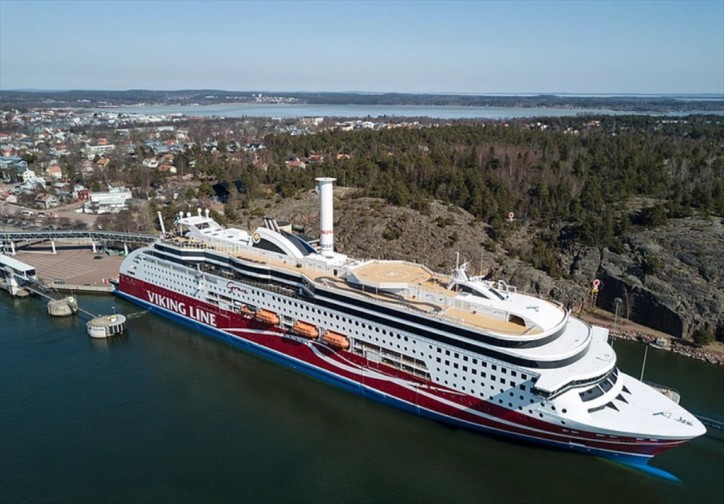 When looking at fuel consumption alone over the measurement period, the savings were not immediately evident. However, when expert analysis companies NAPA and ABB reviewed the data, they were able to isolate an evident change in the propulsion power breakdown of Viking Grace, caused by the Rotor Sail. The same conclusion was confirmed with a strain gauge analysis, where forward thrust of the Rotor Sail was measured and converted into propulsion power. Based on the different analysis, the expected long-term change in Viking Grace's annual fuel consumption due to the Rotor Sail has been verified to be between 231 and 315 tonnes on annual basis, equalling an average propulsion power between 207kW and 282kW. According to the analysis results, the Rotor Sail delivers more forward thrust on the open sea legs of the route for the Viking Grace, but due to the route being located mostly in the archipelago, the annual fuel savings potential is on the same level within both route areas.

As a result, Viking Line and Norsepower have agreed to continue collaboratively using and optimising the Rotor Sail on the M/S Viking Grace with the technology now fully operational.

Tuomas Riski, CEO, Norsepower, commented: “When the test period began, we had some challenges with our new product, but were able to fix them quickly, and since the end of September 2018, the technical availability of the Rotor Sail has been around 97%. We are pleased to see that independent testing from respected, independent companies NAPA and ABB has shown impressive fuel savings potential on the M/S Viking Grace. This project has confirmed, that our technology works also with high-speed cruise ferries and that favourable results can be achieved with a service speed of 21 knots. During the last year we have been using the Rotor Sails in extreme weather conditions including icing events and high wind speeds, in which the Rotor Sail has been operational. Based on the harsh weather experiences so far, the Rotor Sail can be operated around the year without any weather-related issues.”

Commenting on the trials, Jan Hanses, CEO, Viking Line said: “As an Åland shipping company, we rely on the sea for our livelihood so it’s of prime importance for us to promote the well-being of the marine sea. We want to pioneer the use of solutions that reduce the environmental load. Viking Line has been testing the Rotor Sail on M/S Viking Grace for a year now, and together with Norsepower we will continue the testing and optimising the sail for its current route. We are proud to be the first in the world to trial Norsepower’s world-class mechanical rotor sail solution.” 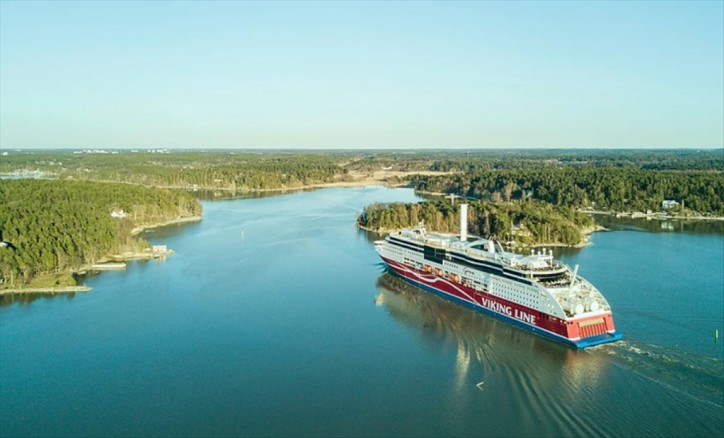 “This analysis showcases the importance of onboard data collection and the value of ABB’s analytical services. Besides optimizing operations through improved energy efficiency on board Viking Grace, the data collected by ABB Ability™ Marine Advisory System OCTOPUS was used to calculate the savings gained from the Rotor Sail without disturbing operations,” said Marcus Högblom, Head of Passenger Vessel segment at ABB Marine & Ports.

NAPA “In the actual navigational conditions there is always variation in the environment, which has important effect on the fuel consumption. This is why a statistical regression model was applied, to overcome the variations in the comparison conditions and to disclose the effect of the rotor sail. The long history of NAPA on ship performance modeling gave a really good basis for the study.”

Complete results of all Rotor Sail performance analysis, which have been completed on Viking Grace, are available at www.norsepower.com/vikinggrace

Operating in the archipelago between Turku (Finland) and Stockholm (Sweden), the 57,565 GT M/S Viking Grace was retrofitted with one medium-sized Norsepower Rotor Sail Unit in April 2018, making it the first-ever global LNG / wind electric propulsion ship.

The Norsepower Rotor Sail Solution, which can be installed on new vessels or retrofitted on existing ships without off-hire costs, is a modernised version of the Flettner rotor; a spinning cylinder that uses the Magnus effect to harness wind to propel a ship. The solution is fully automated and senses whenever the wind is strong enough to deliver fuel savings, at which point the rotors start automatically – optimising crew time and resource.

In addition to the installation onboard the M/S Viking Grace, Norsepower’s Rotor Sail Solution is also installed onboard the Bore’s M/S Estraden, a 9,700 DWT Ro-Ro carrier and Maersk Tanker’s 110 000 DWT Maersk Pelican.