Wednesday, the Panama Canal completed a trial transit of Evergreen’s Triton, the largest vessel in dimension and container cargo capacity to pass through the Expanded Canal since it opened in June 2016.

The Neopanamax containership Triton, which has a Total TEU Allowance (TTA) of 15,313, a 20-row beam of 51.2 meters and a length of 369 meters, transited northbound from the Pacific to the Atlantic Ocean. 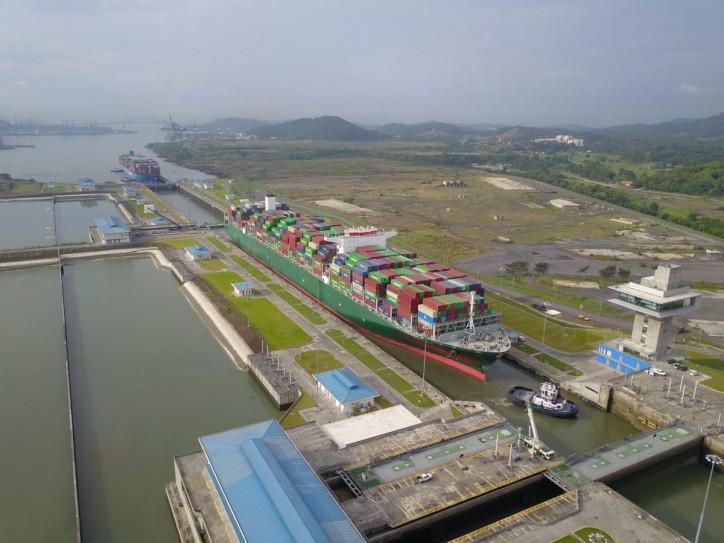 “We are excited about the opportunities enabled by the Triton’s trial transit,” said Panama Canal Administrator Jorge L. Quijano. “Our team continues to offer the additional capacity, and deliver on our promise to provide unparalleled safe and efficient service to our customers. Today’s transit surpassed the 15,000 TEU vessel threshold, establishing a new record in terms of total TEU capacity.”

Similar to the milestone Q-Flex transit completed on May 12, today’s achievement was made possible by an increase to the maximum allowable beam for vessels transiting the Neopanamax Locks. Beginning in June 2018, the Canal increased the allowable beam from 49 meters to 51.25 meters due to the team’s extensive training and experience gained from successfully operating the Expanded Canal for almost three years. This experience, coupled with the team’s close collaboration with the customer, also enabled the waterway to accommodate the milestone transit today despite the vessel exceeding the waterway’s established maximum vessel length of 366 meters. 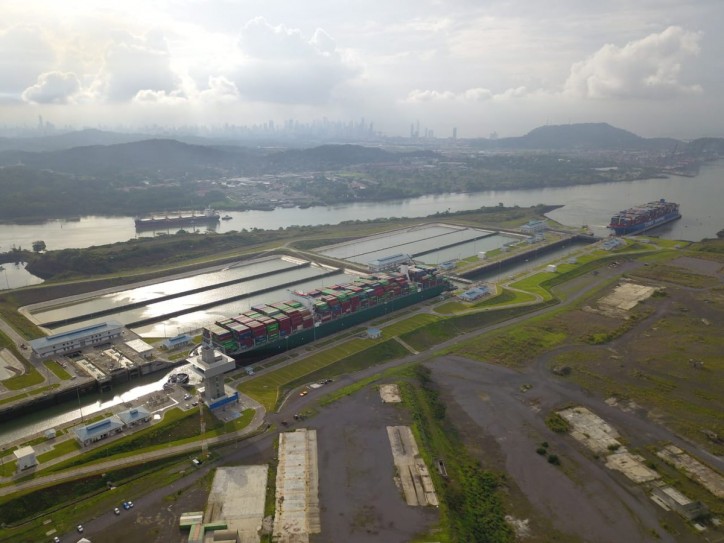 The Triton is deployed on Evergreen’s Far East – United States East Coast (AUE) service as part of the OCEAN Alliance network, which connects Asia and U.S. East Coast ports via the Panama Canal. The AUE service is comprised of 11 vessels ranging in size from 8,000 to 14,000 TEUs. The Alliance includes China COSCO Shipping, Orient Overseas Container Lines (OOCL), CMA CGM Group and Evergreen, which are among the Panama Canal’s top customers by volume.

The record for largest containership to transit the Canal by capacity was set on August 22, 2017 by the CMA CGM Theodore Roosevelt, which measures 365.96 meters in length and 48.252 meters in beam and had a 14,863 TTA.

Of the 6,000 Neopanamax vessels that have transited to date, nearly 50 percent have been from the container segment.