Shearwater announced yesterday that the company will have a total of 10 vessels in operation for the 2019 northern hemisphere summer season. This extensive fleet is brought into operation on the back of solid backlog and provides marine seismic acquisition services spanning towed and seabed activities in response to rising demand for geophysical services from E&P- and multiclient companies. 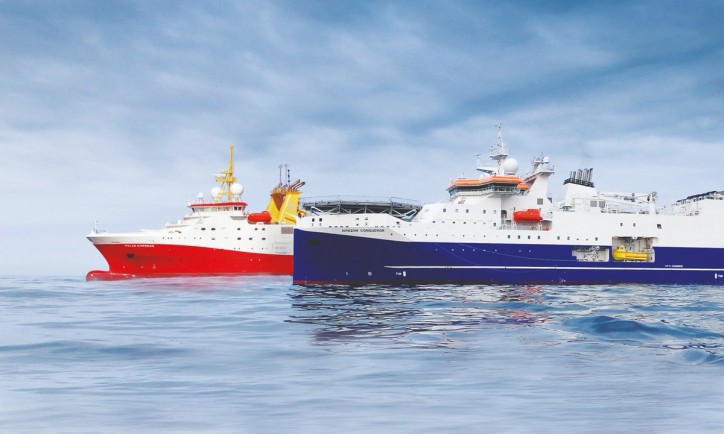 High customer activity and successful integration of the marine seismic acquisition assets and operations of Schlumberger over the past six months provides Shearwater a 33-month vessel backlog as of late May with projects for customers such as Equinor, Shell, Aker BP and TGS. At the same time last year, the company had three vessels in operations and a backlog of 14 months. Measured by revenue, the backlog has increased four-fold year-on-year without compromising on project margins.

“It has been a very busy six-months. We have already activated six vessels from cold-stack and have one more underway in response to growing demand for our high-end assets, operational capabilities and leading solutions,” said Irene Waage Basili, the CEO of Shearwater GeoServices. “This transformation of Shearwater has been possible due to an outstanding effort made by the whole Shearwater organisation and strong support from our customers.”

Contracts awarded to date in 2019, include 3D and 4D projects for Shell and Equinor ranging from offshore Australia to the Barents Sea, Ocean Bottom Seismic (OBS) projects for Aker BP and Equinor in the North Sea, as well as a major exploration survey in Brazil by TGS. Backlog for processing and imaging services has also grown significantly due to the strengthened market position which has also led to new customers for the Reveal software business. Shearwater’s commitment to innovation in collaboration with the industry is further confirmed by the sanction of client-supported technology projects.

“These awards are a direct recognition that our customers have confidence in our strong operational and technological offering and that they like our solid financial and strategic platform,” said Irene Waage Basili. “It is a strategic priority for Shearwater to have critical mass and scalability to ensure efficient and competitive operations. It also allows us to attract and retain the best people in the industry, to continue to invest in technology development and to be a long-term partner to all our customers.”