Dana Gas PJSC, the Middle East's largest regional private sector natural gas company, Tuesday announced it has commenced drilling operations on 20 May at its Merak-1 well, offshore Egypt. The location is in 755 meters of water in the North El Arish concession, also known as Block 6. This block is in the Eastern Mediterranean Basin where other world-class giant natural gas discoveries have been made in recent years. 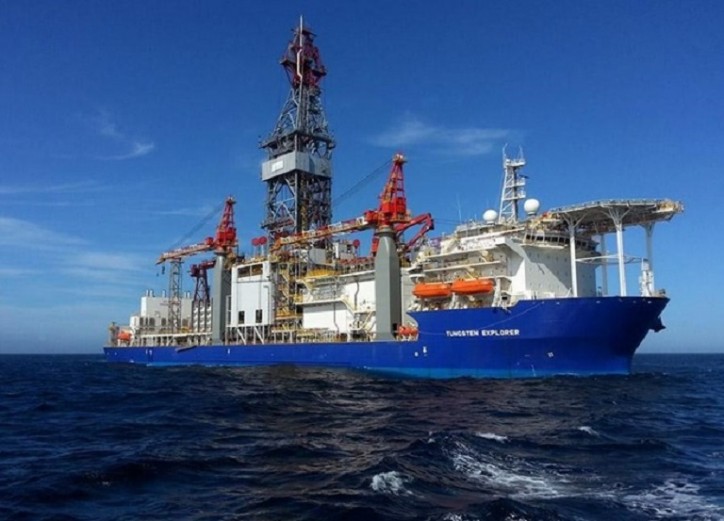 The Merak-1 well will be drilled with the 6th generation dynamically positioned drillship "Tungsten Explorer", on hire from ADVantage Drilling Services SAE – a JV between ADES International and Vantage Driller II Co (a subsidiary of Vantage Drilling). The well is planned to take approximately 70 days to drill.

Prospective resources to be added from this well in the case of exploration success could reach 4 trillion cubic feet (Tcf) of natural gas. The discovery of a world-class resource of this size could easily support an offshore field development. If Merak-1 is successful, additional exploration and appraisal drilling will follow.

Dana Gas purchased the Centurion assets onshore the Nile Delta in Egypt in 2007. Since then, 48 exploration wells have been drilled with a 67% success rate resulting in 25 new pool discoveries. Proved plus Probable reserves were increased by over 120% and production by 50%. Significant exploration potential remains in deep, Early Miocene prospects in the existing development leases and in El Mataraya Onshore which is a joint venture block operated by BP, where an exploration well is planned to be drilled later this year. Dana Gas production from Egypt is currently over 34,000 boepd.

Dr Patrick Allman-Ward, CEO of Dana Gas, commented: "We have commenced an exciting exploration program in our Egypt Block 6 Concession Area. Until now, all of our Egyptian operations have been onshore the Nile Delta. Whilst we continue to optimize production from our 14 existing fields and explore new prospects in the Nile Delta region, the potential addition of new world class gas resources offshore presents an opportunity for significant growth in our Egypt business that would be transformative for Dana Gas."