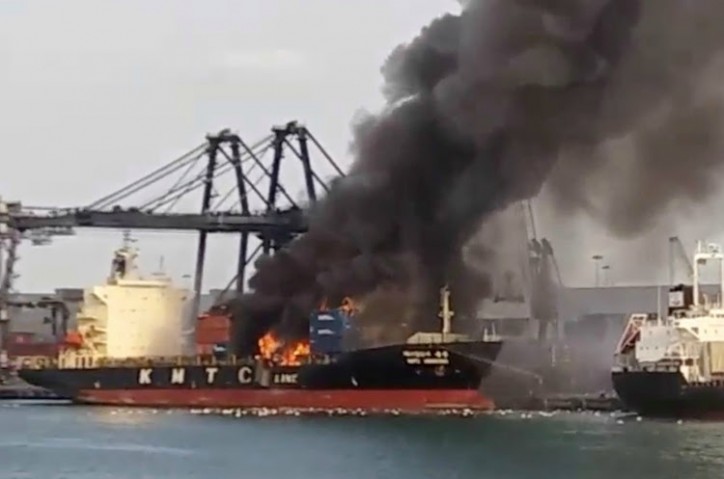 More than 130 people were taken to hospital, some complaining of irritation in the eyes and throat, others of a burning sensation on the skin, but there were no major injuries, according to the Ministry of Public Health.

Red flames and clouds of thick black and white smoke poured out of the South Korean container ship KMTC Hongkong through the morning and early afternoon at pier A2, port director Yuthana Mokkao said.

Initial checks showed the blaze broke out in a load of cargo containing the chemical calcium hypochlorite, he said. “We closed the pier where the fire broke out and two others that were affected by the fire.”

The fire at the port in the industrial Chonburi province, east of Bangkok, had now been contained and officials were looking for the cause, he added.