On May 19th, 2019, Yang Ming’s containership YM EXCELLENCE while sailing from Shekou, China, to Singapore successfully rescued two Australians who were spotted fleeing out of a flaming yacht. After the completion of the rescue operation, the two persons have already returned home in Australia safely. 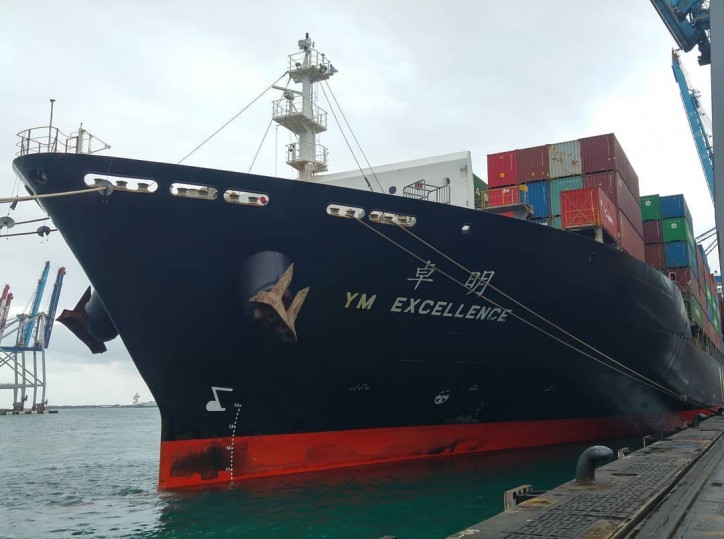 Recalling the experience, Captain Lee Chien-Sheng revealed the crew spotted black smoke billowing out the yacht, and soon it burst into flames. The crew on YM EXCELELLENCE tried to contact the yacht but in vain; then they found a small boat with two persons managed to escape from the burning yacht. YM EXCELLENCE diverted and approached the boat immediately, rescued the two persons and brought them on board. The crew provided them with water, blankets, food as well as cabin to stay, and reported the incident to Australian High Commission Singapore and authorities for further arrangements to bring them home.

The two Australian survivors recalled the fire went so suddenly and fast that they were unable to send out distress signals or escape with their personal belongings including identity documents. It is fortunate that Yang Ming’s containership YM EXCELLENCE found them in time and carried out a quick and professional rescue operation. They will be forever grateful for YM EXCELLENCE’s help.

Yang Ming has always committed to the safety for personnel, as well as vessels and shipments. The rescue operation is not only an act of kindness but also demonstrates Yang Ming’s devotion to corporate social responsibility and fully compliance with international convention on humanitarian aids.