Matson, Inc. (NYSE: MATX) has begun the installation of state-of-the-art exhaust gas cleaning systems on six vessels deployed in its Hawaii and China-Long Beach Express services as part of its strategy to reduce fleet emissions in line with new worldwide regulations established by the International Maritime Organization (IMO) that take effect on January 1, 2020. Three of the vessels will receive the new equipment in 2019 and the remaining three in 2020. 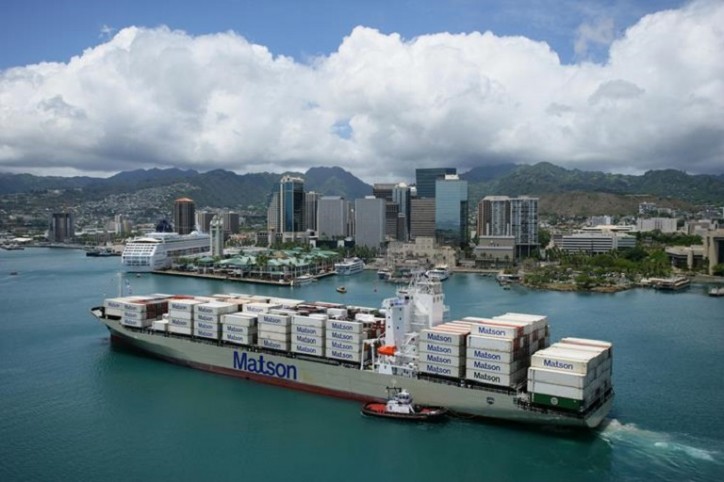 While new low-sulfur fuels designed to meet the new IMO emission standard have been in development for years in anticipation of the change, there is still uncertainty about their costs and availability.  Liquefied Natural Gas (LNG) is an alternative, but the infrastructure for production and distribution remains insufficient to support Matson's operations in the Pacific.

"Because of unpredictability in the way fuel markets may develop over the next few years, Matson's IMO compliance strategy retains the flexibility to implement the most economical solution as conditions evolve," said John Lauer, senior vice president and chief commercial officer.

To start, Matson embarked on a fleet renewal program, replacing older vessels with four new ships that are equipped with dual-fuel engines designed to run on new low-sulfur fuels or LNG.

The other main component of Matson's strategy involves expanded use of exhaust gas cleaning systems, or "scrubbers," which enable vessels to achieve compliance with the new IMO regulations while continuing to use existing higher sulfur fuels. Matson installed scrubber systems on three vessels in its Alaska fleet in 2015 and 2016, and the success of that project became the foundation of its IMO 2020 compliance strategy.

Similar to the systems Matson deploys in Alaska, the scrubber technology being installed in the six additional vessels will reduce sulfur oxides (SOx) emissions to levels at or below the limits set by the new IMO regulations, and below those of vessels using low-sulfur fuel.

With the deployment of dual-fuel engines in new ships and scrubbers in additional vessels, Matson will be able to meet or exceed the IMO 2020 emission standard while mitigating the expected higher cost of low-sulfur fuel over more than half of its current fleet.