Ammonia can be safely and effectively applied as a marine fuel to reduce harmful emissions in the maritime industry according to new research published today (12 June) by C-Job Naval Architects, the largest independent ship design and engineering company in the Netherlands.

The ground-breaking research uses a new concept design, an ammonia carrier fueled by its own cargo, to study the concept of using ammonia as a marine fuel and achieve a significant reduction in greenhouse gas emissions in shipping. It shows ammonia can be used as marine fuel if a number of safety measures are included in the design.

Niels de Vries, Lead Naval Architect at C-Job Naval Architects and research lead, says: “Reviewing all ammonia power generation options, the Solid Oxide Fuel Cell (SOFC) is clearly the most efficient. However, it does have practical challenges as the power density and load response capability are not on an acceptable level yet.

“Therefore, in the short term applying the internal combustion engine is the way to go.” 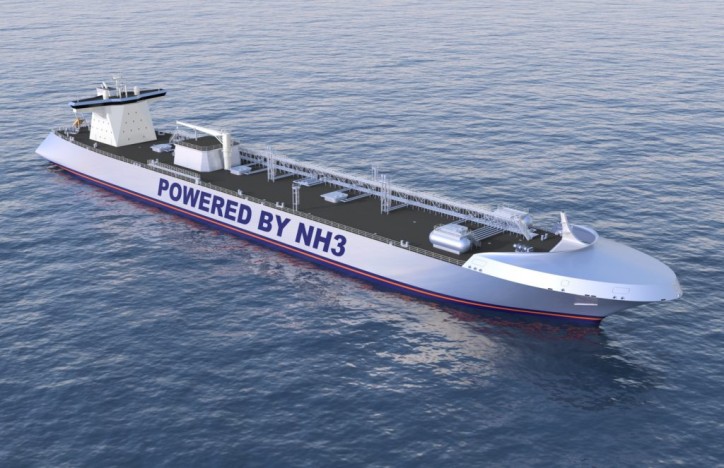 With the International Maritime Organisation goals to reduce total annual GHG emissions by at least 50% by 2050 compared to 2008 and eventually fully eliminate harmful emissions, it is of the utmost importance that the global maritime industry looks into renewable fuels like hydrogen, ammonia and methanol.

C-Job has a strong track-record of using the latest technologies to design sustainable and future-proof vessels and the company has felt for a number of years that ammonia could be a viable and promising option for a clean and sustainable fuel. C-Job joined the Ammonia Energy Association last year to intensify collaboration with other industries on this subject to realize its ambition. Together with Proton Ventures and Enviu, C-Job established a consortium in 2017 to further investigate ammonia as marine fuel. With the completion of this theoretical research, C-Job has provided a significant contribution to the first phase of the consortium project which will now move towards the next phases, which includes lab testing, pilot and evaluation. 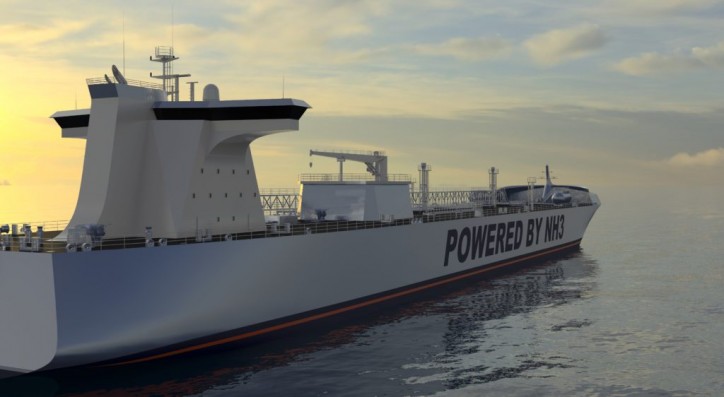 Niels has been exploring renewable fuels for ships such as ammonia since 2016 for C-Job Naval Architects and has now completed several years of research culminating in his Master Thesis ‘Safe and effective application of ammonia as a marine fuel’ at TU Delft. He says: “While this research is unique in its scope and provides a valuable first step towards the application of ammonia as a marine fuel, further research is still required to explore its full potential and feasibility.”

The full research paper can be found at https://repository.tudelft.nl/islandora/object/uuid:be8cbe0a-28ec-4bd9-8ad0-648de04649b8?collection=education