Chairman of COSCO SHIPPING Capt. Xu Lirong, Executive Director and President of Silk Road Fund Mr. Wang Yanzhi, Chairman of the Board of PAO NOVATEK Mr. Leonid Mikhelson, and President and CEO of PAO Sovcomflot Mr. Sergey Frank signed the Agreement on behalf of each party. 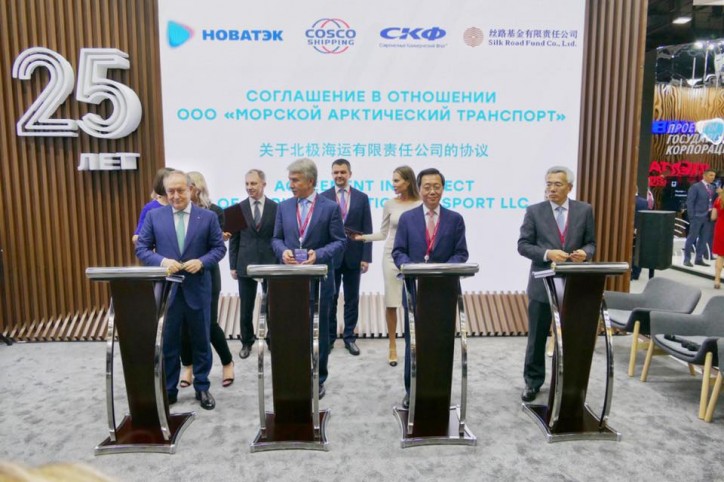 According to the Agreement, the four parties intend to establish a long-term partnership providing for the joint development, financing and implementing year-round logistics arrangements for shipping from the Arctic zone of the Russian Federation to the Asia-Pacific region, as well as organizing transit cargo traffic along the Northern Sea Route (NSR) between Asia and Western Europe.

It is also agreed among the parties that this move can help push forward the development of NSR into an international commercial transport corridor between the Pacific and Atlantic basins. It will play a big part in further optimizing the international trade corridors and facilitating world connectivity and economic growth.