Royal Boskalis Westminster N.V. (Boskalis) has been appointed as the salvor for both tankers that were hit yesterday morning in the Gulf of Oman in a suspected attack. Shortly after the incidents, the insurers of both vessels appointed Boskalis subsidiary SMIT Salvage to salvage the vessels and their cargo. 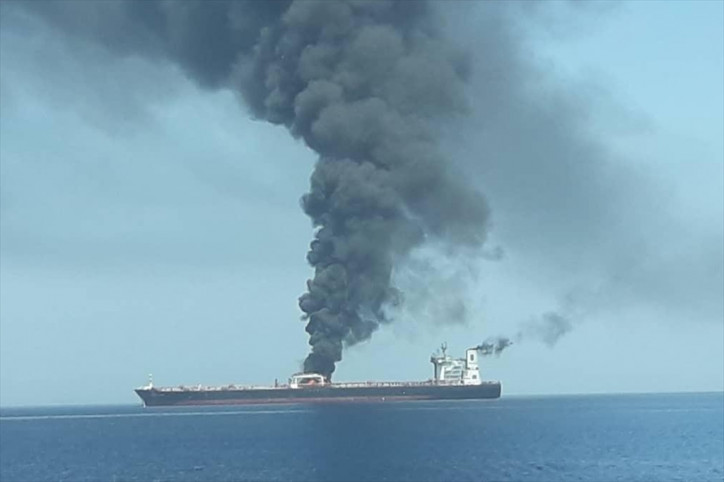 The situation of the Front Altair with a cargo of naphtha is still worrisome. The crew was able to safely leave the ship and the fire was extinguished yesterday afternoon. A salvage team was flown in to execute the salvage operation on site with accompanying specialist equipment.

The Kokuka Courageous with a methanol cargo on board is now in a stable condition. Here too the crew was able to safely leave the vessel after which the ship was stabilized. A towing connection was successfully established yesterday afternoon and the crew was able to return to the vessel. The vessel is currently being towed to a port in the Gulf region.

The salvage operations are being carried out in close consultation with the relevant local authorities, including the Marine Emergency Mutual Aid Center (MEMAC).

Related news: US releases video it claims shows Iran removing mine from tanker