ABS has been selected to class two Offshore Supply Vessels (OSV) being retrofitted with a battery/converter system by Harvey Gulf International Marine. 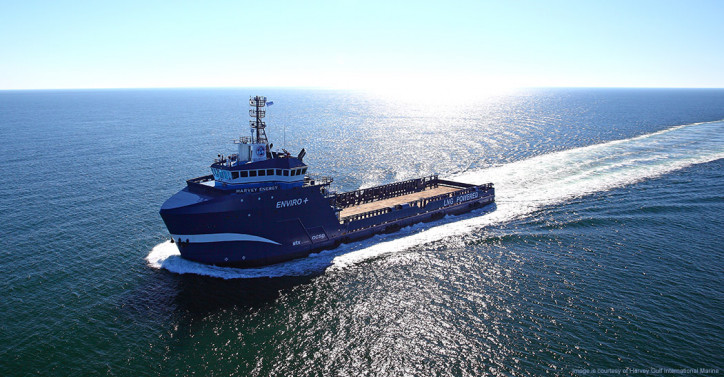 The battery installation, which is expected to achieve the ABS class notation ESS-LiBATTERY, will significantly enhance the efficiency and environmental performance of the vessel.

“ABS is a leader in hybrid projects in the offshore sector and we are proud to be involved in another project driving the sustainable development of the industry,” said Matt Tremblay, ABS Senior Vice President, Global Offshore. “The project will effectively create tri-fueled vessels with significant potential to reduce fuel consumption and emissions.”

“We chose ABS due to its significant experience in LNG and dual fuel energy,” said Shane Guidry, Chairman and CEO of Harvey Gulf. “We are pleased to add them to our project team, which is committed to delivering the best emissions and fuel savings technologies to our customers, our country and our industry.”

The installation of a 1,450 kW battery hybrid solution is anticipated to reduce the Harvey Energy’s exhaust emissions, fuel consumption, and noise level. The overall fuel cost savings are expected to be in the range of 10 to 20 percent, according to Harvey Gulf International. The battery capacity will be sufficient to sail in and out of harbor on electric power with fewer engines running, while also supplementing hotel load electricity when docked, which would reduce noise and pollution levels in the harbor area. Furthermore, the ability to operate on battery power will assist redundancy during critical dynamic positioning (DP) operations at the offshore platform.

ABS is an industry leader in developing guidance that advances safer integration of hybrid power systems into marine and offshore assets. The ABS Guide for Direct Current Power Distribution Systems for Marine and Offshore Applications was developed to support safe application of hybrid power in the marine and offshore industries.  The ABS Guide for Use of Lithium Batteries in the Marine and Offshore Industries establishes safety guidelines for owners, operators, shipyards, designers, and manufacturers for the effective installation and operation of assets using lithium battery power systems. Additionally, ABS published the ABS Guide for Use of Supercapacitors in the Marine and Offshore Industries that defines requirements for design, construction and installation of supercapacitors. ABS also issued the ABS Advisory on Hybrid Electric Power Systems, which evaluates advantages and disadvantages, challenges, and level of readiness for the primary hybrid electrical power systems and components suited for marine and offshore applications.