Port Houston continues its focused effort to obtain federal authorization to widen and deepen the Houston Ship Channel. Port Commission Chairman Ric Campo joined Chief of Engineers and Commanding General of the U.S. Army Corps of Engineers Lt. Gen. Todd T. Semonite on a helicopter tour of the Houston Ship Channel, witnessing first-hand the busiest ship channel in the nation and the constant vessel activity it experiences every day. 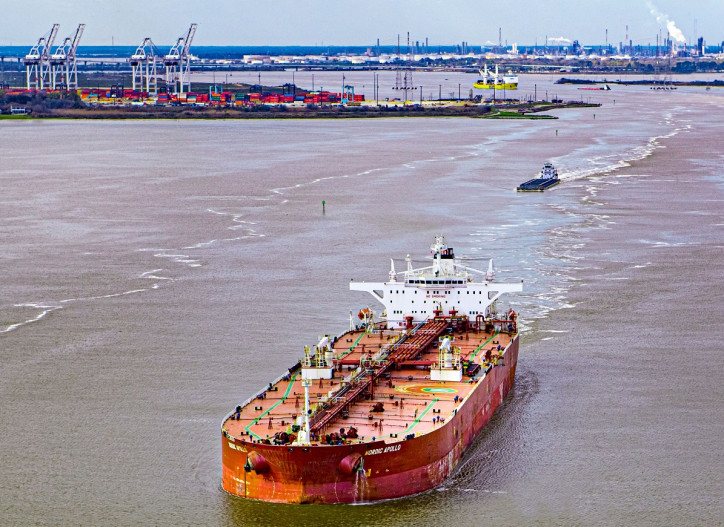 Campo emphasized that the opportunity for the Lt. General to witness this activity first-hand “unmistakably demonstrated the challenges” that current constraints could place on the future of the busiest waterway in the nation.

Chairman Campo shared his account of the Corps tour taken last month during his opening comments of the Port Commission of the Port of Houston Authority’s regular June meeting. Campo reiterated the importance of the visit by the Army Corps of Engineers team supports Port Houston’s “focused effort” to achieve federal authorization to widen the Houston Ship Channel to accommodate better the larger vessels that will be calling the port.

Actions taken by the Port Commission during its regular meeting further supported its mission to secure federal authorization for improving the channel. The Port Commission approved $300,000 in additional funding for the Houston Ship Channel Expansion Channel Improvement Project Feasibility Study. The improvement study formally began in October 2015, when the Army Corps of Engineers and Port Houston entered into a $10 million agreement (cost-shared 50/50) to complete that work over the following four years. The amendment allows for the study to be completed, as it adds the “locally preferred plan,” a recommendation for fully widening the entire Galveston Bay reach, to allow future vessel generations to transit the channel freely.

“The deepening and widening project remains our #1 priority, and we will continue to press for the fastest path to authorization through completion,” added Executive Director Roger Guenther.

In his staff report, Guenther also highlighted year-to-date performance through May:

- Exports of all resins showed growth of 38 percent, including a 68 percent increase in polyethylene resin exports.

The next Port Commission regular meeting is scheduled Monday, July 25 at 9:00 a.m.