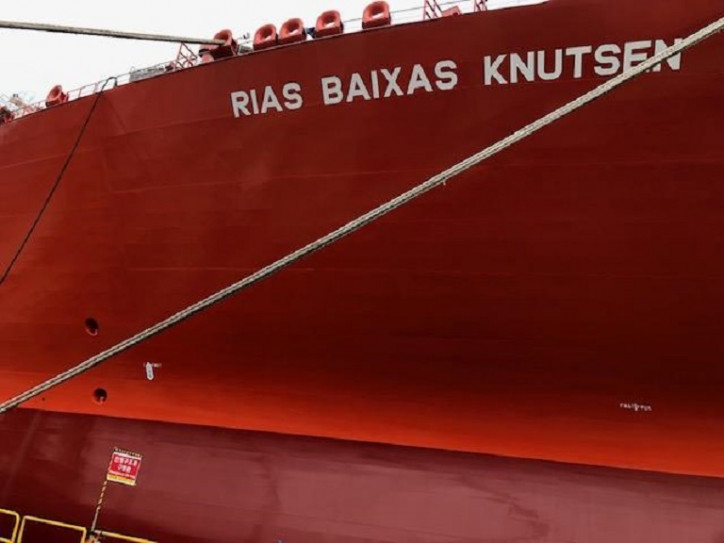 The company said through a brief social media statement that the Rias Baixas Knutsen was named the same day its sister vessel, Adriano Knutsen was delivered to the company from the South Korean shipbuilder.

It is one of three vessels Knutsen has on order at HHI that will be capable of transporting up to 180,000 cbm of LNG and will be the largest in the company’s fleet.

Another vessel in the series, Traiano Knutsen is scheduled for delivery in mid-2020 and will serve on a charter deal with the Italian energy company Enel.