Seaspan’s Victoria Shipyards has signed a contract to perform Docking Maintenance work on the Royal Canadian Navy’s (RCN) fleet of Halifax-class frigates. This work has been executed by Victoria Shipyards for the last decade under the Frigate Life Extension (FELEX) modernization program. 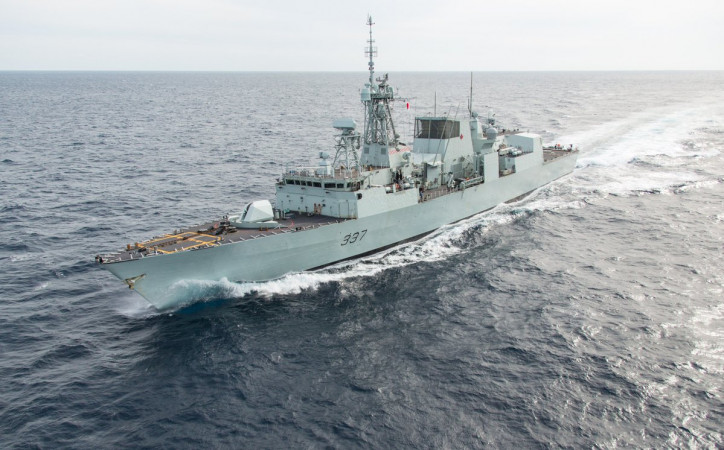 The maintenance support for Canada’s frigates will see Seaspan provide docking work periods for Canada’s five Halifax-class frigates stationed on the West Coast. The Government of Canada also announced similar work would be conducted by two other Canadian shipyards for Canada’s seven East Coast-based Halifax-class frigates. The initial phase of the contract awarded for Seaspan’s work is valued at $500 million and, with contractual extensions, will provide long-term stability for Seaspan’s workforce over the next several decades.

Work will be conducted at Seaspan’s Victoria Shipyards which operates out of the federally-owned Esquimalt Graving Dock. Today’s announcement builds on the company’s exemplary record as a partner to the Government of Canada on past Halifax-class modernization efforts.

With a well-earned reputation for on-time, high-quality delivery of large modernization and conversion projects, Seaspan’s Victoria Shipyards is a trusted partner to the Government of Canada and a range of commercial customers. This includes engagement as a subcontractor to Lockheed Martin Canada to perform upgrades to New Zealand’s ANZAC-class frigates, the first time that a foreign warship will undergo modernization in Canada since the Second World War. As a subcontractor to Babcock Canada the shipyard provides ongoing in-service support for Canada’s fleet of Victoria-class submarines. The company also continues to make its mark in the commercial sector as one of the few North American shipyards executing work on international cruise vessels and performing the first major vessel LNG duel fuel conversion on two ships.

“This vital, long-term work demonstrates the government’s continued commitment to supporting the women and men of the Royal Canadian Navy by providing them with the equipment they need to protect Canadian interests at home and abroad. Together with our shipbuilding partners, we are fulfilling federal fleet requirements, advancing Canadian technological innovation and creating jobs across this great country.” – The Honourable Carla Qualtrough, Minister of Public Services and Procurement and Accessibility

“Seaspan’s Victoria Shipyards has developed a reputation for exceptional reliability in its projects. The award of this contract is the latest vote of confidence from the Government of Canada in Seaspan’s role as its long-term west coast partner for shipbuilding and ship repair. This contract will allow our team to build on past experience as we continue to perform vital maintenance work on Canada’s fleet of frigates.” – Mark Lamarre, Chief Executive Officer, Seaspan Shipyards

“Victoria Shipyards executed the first docking packages on the Halifax Class as they were built and stationed in Victoria, and we are proud and humbled to be awarded a contract that will allow us the opportunity to work these vessels to their end of life. The production-driven team approach we and our DND and FMF partners are committed to will allow Canada’s fleet to continue sailing proudly and safely at sea. This contract will continue to generate high wage employment to the men and women working in our trades who remain a core focus of our business. Well done to our Victoria Shipyard team!” – Joe O’Rourke, Vice President & General Manager, Seaspan Victoria Shipyards