THE first oil production vessel to be placed in Guyana, Liza Destiny, has set sail from Singapore and is expected to arrive in Guyana in September.

The Liza Destiny FPSO is designed to produce 120,000 barrels of oil per day with 1.6 million-barrel storage capacity. 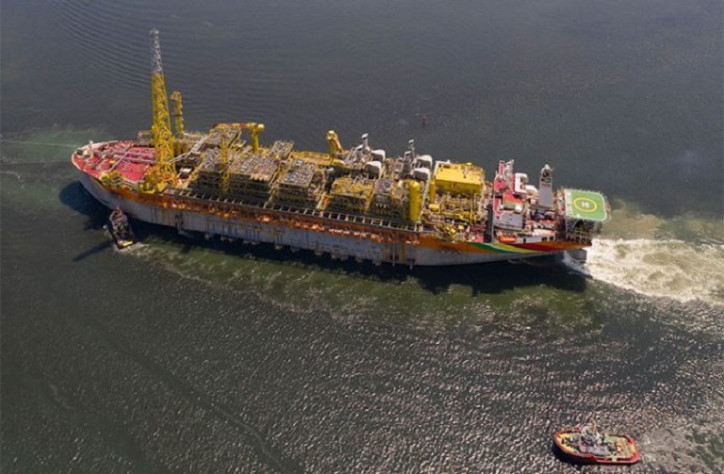 According to a release from ExxonMobil, during normal operations, at least 80 persons will be living and working onboard the vessel.

Meanwhile, 24 operations and maintenance technicians, currently being trained in Canada, will return in 2020 to support work on the Liza Destiny.

On June 22, 2019, Guyana’s First Lady, Sandra Granger, commissioned the vessel at a ceremony at the Keppel Shipyard in Singapore.

She hailed the name of the Floating, Production, Storage and Offloading (FPSO) vessel as fitting, as Guyana is on the brink of achieving its ‘destiny’ of an improvement in the lives of all Guyanese.

“It is my hope that this ship will bring to us – the people of Guyana, not only physical prosperity, but greater cohesion, greater development, and of course the sustainability of our country, and its people and culture,” the First Lady said.

Meanwhile, ExxonMobil Guyana Country Manager, Rod Henson said, according to the release, the company has more than 1,000 Guyanese working for the project here, and the team is continuing to do an incredible job.

“Their work includes everything from completions of the initial wells for production to laying pipelines and infrastructure on the sea floor to eventually connect up to the Liza Destiny for production. We’re proud of the work being done each and every day, and want to thank everyone involved for their focus on safety and keeping the protection of the environment top of mind in all that they do,” he said.

This FPSO is a significant component of the Liza Phase One development which involves four undersea drill centres with 17 production wells.

The Liza Destiny FPSO was transformed from the oil tanker, ‘Tina’, a VLCC (Very Large Crude Carrier) built by Hyundai Heavy Industries in South Korea. The contract for its conversion was awarded to SBM Offshore in July 2017.

SBM Offshore has also been awarded contracts to construct, install, lease and operate the Liza Unity FPSO which almost doubles the capacity of the Liza Destiny FPSO.