Coming from Norway, the youngest addition to the fleet of the shipping company Cruise & Maritime Voyages (CMV) / TransOcean Kreuzfahrten, the vessel VASCO DA GAMA, arrived in Kiel in the early Friday morning (19th July) for its maiden call. The City Councillor, Gerwin Stöcken, welcomed the Captain to the Capital City of Schleswig-Holstein at the on-board reception and presented him with the inaugural plaque, handcrafted by the metal artist Patrick Schloßer.

Gerwin Stöcken: “TransOcean is one of our port’s long-term customers. We are very happy that Kiel is the starting point for no less than eight cruise voyages of the shipping company.”

In addition to the VASCO DA GAMA, the vessel ASTOR, which was built on the fjord, will berth at the Ostseekai resp. Norwegenkai Terminal several times this summer. The VASCO DA GAMA is the sixth cruise ship to be seen for the first time in the Capital City of Schleswig-Holstein this season. As it is its premiere in Kiel, the VASCO DA GAMA’s departure will be accompanied through the fjord up to the beacon “Friedrichsort” as from about 4 p.m. 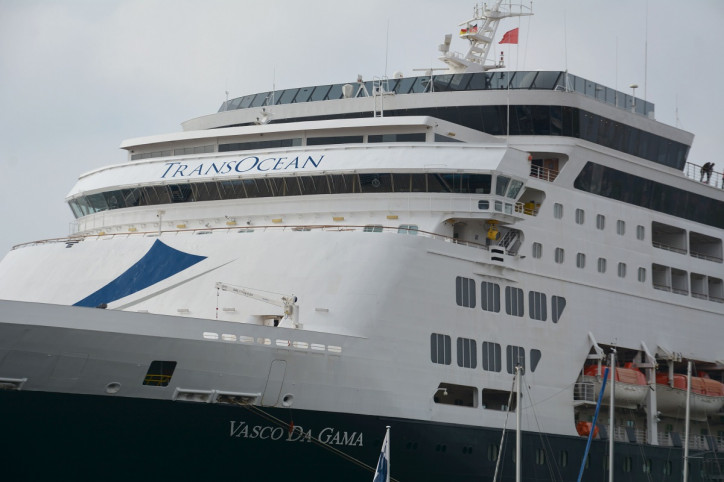 The VASCO DA GAMA arrived in Kiel after a Nordland Cruise that had taken it also to the Geirangerfjord and to Bergen. This afternoon (19/07) the next voyage is about to start: a taster cruise to Gothenburg and Copenhagen.

After that, the ship will undertake two longer journeys throughout the Baltic Sea: “Glamorous Cities & Impressive Landscapes – Vegan Cruise through the Baltic Sea Summer Breeze” (22/07 – 01/08) and “Baltic Summer Serenade – Metropolises of the Baltic Sea & two days in St Petersburg” (01/08 – 13/08). Then there are “Stars at Sea – Event Cruise with Matthias Reim & Nico Santos” (13/08 – 17/08). Finally the vessel will head from Kiel to “A Southern Fjord Cruise – Norwegian Deceleration”.

The VASCO DA GAMA has a tonnage of 55,820 GT. It is 219 m long and offers a lot of room to 1,150 passengers. The vessel was built as “Statendam” in Italy in 1993 for the Holland America Line Shipping Company. It was passed on as “Pacific Eden” to P&O Cruises Australia in 2015 before CMV acquired it in 2018. It has been operated as MS VASCO DA GAMA by DMV/TransOcean Kreuzfahrten since June 2019.