In recent weeks, Jumbo’s heavy-load carrier Jumbo Vision has been touring around some beautiful European ports lifting and shipping cargo to and from Schiedam, Toulon, Genoa, Tarragona, Algeciras and Campbeltown. 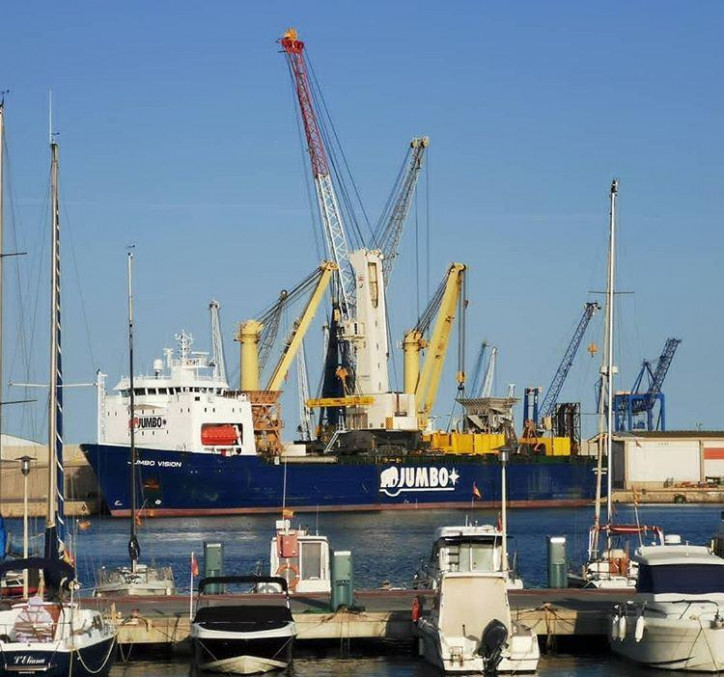 One of these projects included the Jumbo Vision and her crew lifting and shifting a shoreside mobile crane weighing 426 tonnes within Castellon Port, Spain.

The team moved one Gottwald 6 series Crane weighing 426 tonnes and three hoppers within the port itself. 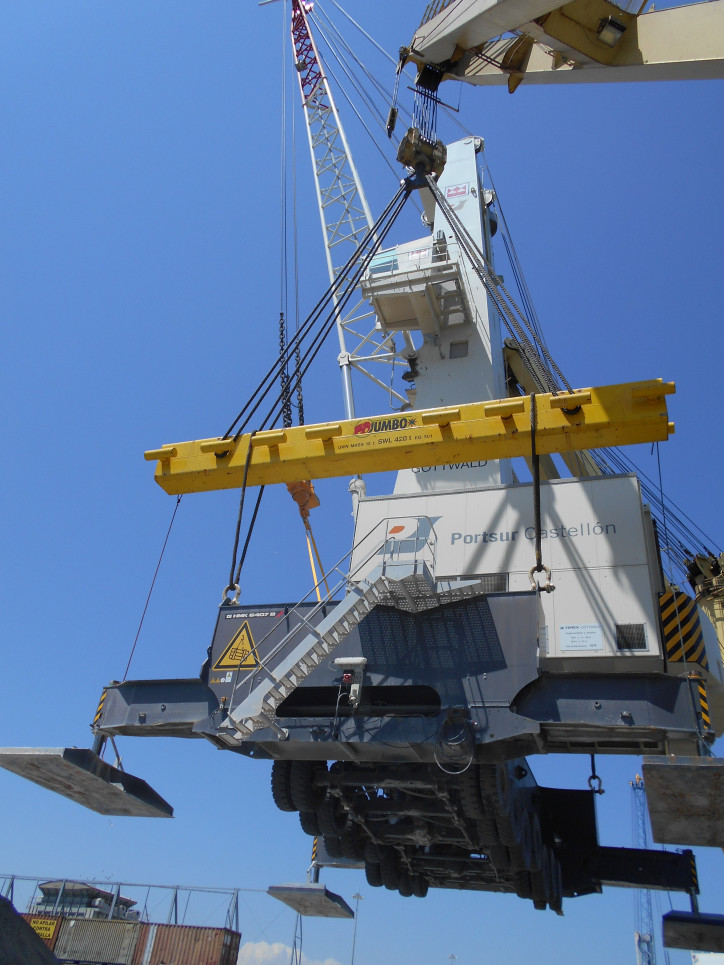 “Our client, Portsur Castellón AS, knows Jumbo for a long time and relies on our quality performance.. Fortunately, we had a vessel passing by at the right time for them and we reached a swift agreement.

The port thanked our Captain, Port Captain and crew for  “…. a nice and smooth operation in Castellon. We are really happy with the operation and the result.”

The Jumbo Vision and her team then set sail on a short voyage to Algeciras, Spain. 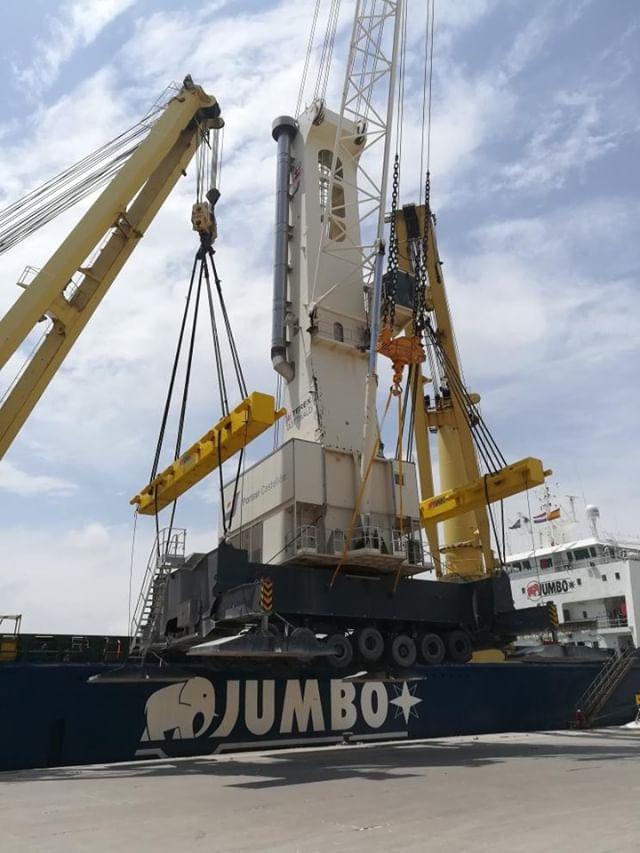