Danfoss Editron has provided the electric power equipment for Tellus, which will become Sweden’s largest hybrid-electric car ferry when it shortly enters passenger operations. The 328-foot ferry will be capable of transporting up to 297 passengers and 80 cars per journey on the 1.15-mile Gullmarsleden route linking Uddevalla to Lysekil. 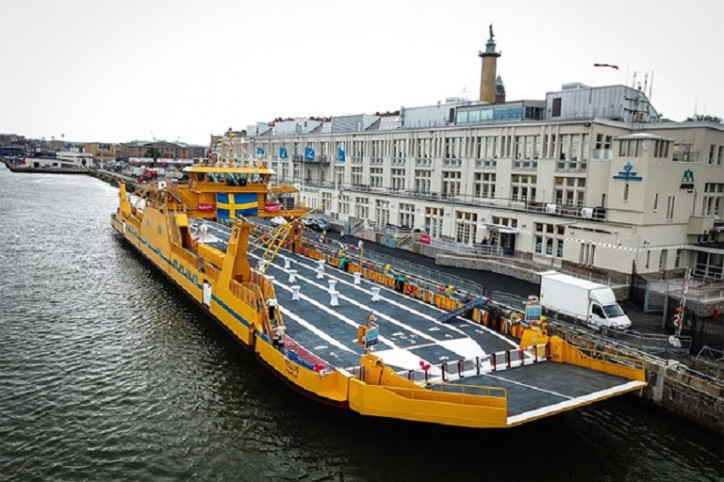 Commissioned by the Swedish Transport Administration, the Tellus ferry will mainly operate on fully-electric mode, bringing the government agency closer to achieving its target of becoming fossil free by 2045. Tellus will operate on one of Sweden’s busiest maritime routes, with over 100,000 vehicles transported per month, the majority being heavy trucks.

For their third collaboration with building shipyard Baltic Workboats, Danfoss Editron delivered the electric powerplant and propulsion system. The lightweight electric powerplant is connected to the 12 battery-racks provided by Corvus batteries, which have a total capacity of 949 kWh. The batteries are currently charged at night via an on-shore charging station and can also be charged by diesel engines while the ferry is in operation. This temporary solution will be replaced by automatic charging stations at the harbor once the infrastructure is ready. 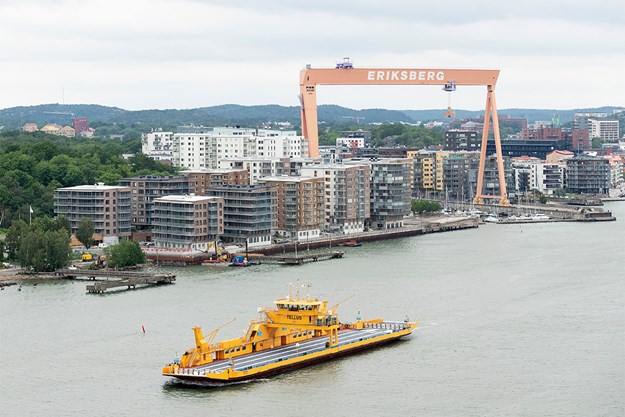 In addition to controlling the ferry’s propulsion, the EDITRON load control system automatically supervises the powerplant and ensures that fuel consumption is optimized at all times, even when the ferry is not operating on fully-electric mode only. When in hybrid-electric mode, the ferry will operate on a single genset, with the rest of the propulsion supported by battery power. The EDITRON control system’s separation operation mode ensures that the ferry’s captain can easily choose the most appropriate operation mode and swiftly switch between them if necessary.

Jani Hartikka, Project Manager at Danfoss Editron, commented: “Similar ferries are already in operation in Finland and Norway, so we are thrilled to see Sweden joining the movement. The electrification of the marine industry is a trend which will continue to grow as more countries introduce legislation related to reducing emissions in the sector. The versatility of our EDITRON system means that we can provide fully-electric and hybrid solutions for any kind of ferry. The future of the marine sector is definitely emission-free.” 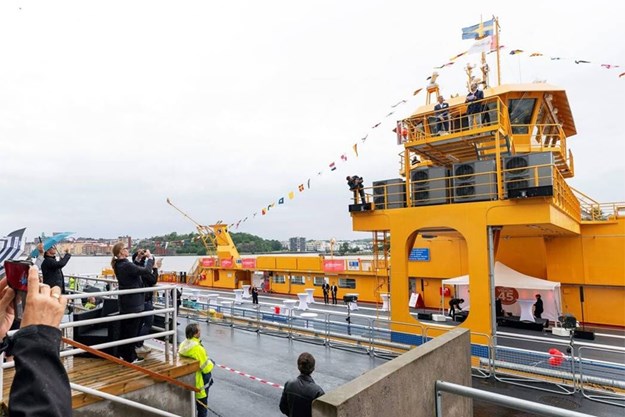 Marek Müürisepp, Electrical Engineer at Baltic Workboats, said:“The Tellus ferry is a technical feat and we are looking forward to seeing more of ferries of its kind enter operation on Swedish waters. We are aiming to scale-up electrification in the marine industry and we are glad to have found a reliable partner in Danfoss Editron that shares the same vision.”

Peter Peterberg, Environmental Coordinator at the Swedish Transport Administration, added: “We are delighted to add the Tellus ferry to our fleet, which demonstrates that emission-free solutions are as efficient as their diesel counterparts. Our plan is to continue to upgrade our vessels with hybrid-electric systems in order to operate the most sustainable fleet possible in a near future.”