Qatargas Operating Company Limited (Qatargas) has safely and successfully delivered the first cargo of Liquefied Natural Gas (LNG) on a Q-Flex vessel to Greece's Revithoussa LNG Terminal. This is for the first time that a Q-Flex LNG vessel has called at the terminal ever since it underwent an expansion drive late last year. The cargo, which was loaded at the Ras Laffan Terminal in Qatar on 3rd July 2019, arrived at the Revithoussa Terminal on board the Q-Flex vessel, 'Al Gharrafa', on 20th July 2019. 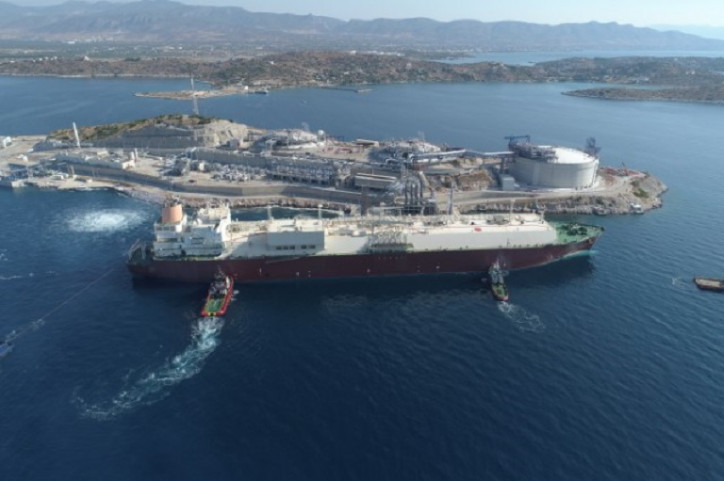 The Q-Flex cargo is part of yet another multi-port delivery executed by Qatargas. It is being undertaken in co-operation with the European utility ENGIE, which will see the second cargo being delivered at the Cartagena LNG terminal in Spain later this month.

Khalid bin Khalifa Al Thani, Chief Executive Officer, Qatargas said: “This significant delivery is aligned with Qatargas' strategy to continue growing the ever increasing number of terminals that our Q-Flex and Q-Max vessels can deliver into. Achievements such as this, coupled with multi-port deliveries on Q-Flex vessels and a global reputation as a safe and reliable supplier, reinforce Qatargas' position as the World's Premier LNG Company in an increasingly dynamic LNG market."

Gordon Waters, Global Head of LNG at ENGIE said: “We are very proud to be able to co-operate closely with Qatargas and further build upon our long standing relationship whilst supplying our Greek and Spanish counterparties with competitive gas and LNG".

The Revithoussa LNG Terminal is the only LNG terminal in Greece and is located in the Gulf of Megara, west of Athens. It was completed in 1999 and is operated by Greece's National Natural Gas System Operator (DESFA) S.A. The terminal has lately undergone a substantial expansion drive which increased its storage capacity up to 225,000 cubic meters and upgraded its jetty to accommodate up to Q-Flex size vessels. Up until this point, Qatargas only delivered cargoes to Greece on board smaller conventional-size LNG vessels. Al Gharrafa is a Q-Flex class LNG vessel with an overall cargo carrying capacity of 216,000 cubic meters.​