The subsidiary of Tallinna Sadam, TS Laevad OÜ has signed an agreement with the Estonian shipbuilding company Baltic Workboats AS to rebuild the ferry Tõll, which operates the on the Virtsu-Kuivastu line, into an environmentally friendly hybrid ship. During the reconstruction, a battery bank will be installed on the vessel to reduce the consumption of diesel fuel and reduce the resulting exhaust gas by replacing fossil fuel with electricity stored in battery banks. 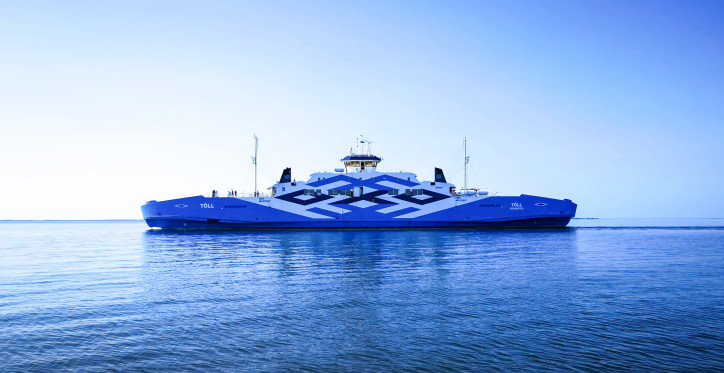 According to Jaak Kaabel, Chairman of the Board of TS Laevad, the project expects TS Laevad to replace about a fifth of the diesel fuel consumption with electricity. “We believe that on shorter ferry routes the environmentally friendly power ships are the future of ferry traffic, both in Estonia and elsewhere, especially considering the global climate targets for reducing CO2 emissions. If the project is successful, the technology will be deployed on all four new ships,” said Kaabel.

The construction works are carried out by the main contractor Baltic Workboats, the battery banks are supplied by Corvus Energy, the automation equipment is supplied by Norwegian Electric Systems and the peak-shaving hybrid solution is designed by LMG Marin. The total cost of the investment is EUR 1.6 million.

The reconstruction works will start in mid-October this year, mainly during the ship's voyages. The ship will be off the line for up to two weeks for the final transfer to battery power. According to the agreement, the ferry Tõll will run on the power supply of the battery banks the latest by 29 February 2020.

Tallinna Sadam is one of the largest cargo- and passenger port complexes in the Baltic Sea region, which in 2018 serviced 10.6 million passengers and 20.6 million tons of cargo. In addition to passenger and freight services, Tallinna Sadam group also operates in shipping business via its subsidiaries – OÜ TS Laevad provides ferry services between the Estonian mainland and the largest islands, and OÜ TS Shipping charters its multifunctional vessel Botnica for icebreaking and construction services in Estonia and offshore projects abroad. Tallinna Sadam group is also a shareholder of an associate AS Green Marine, which provides waste management services. Tallinna Sadam group's sales in 2018 totaled EUR 130.6 million, adjusted EBITDA EUR 74.4 million and net profit EUR 24.4 million.