Boston-based Sea Machines Robotics has entered into a cooperative agreement with the U.S. Department of Transportation’s Maritime Administration (MARAD) to demonstrate the ability of Sea Machines’ autonomous technology in increasing the safety, response time and productivity of marine oil-spill response operations. 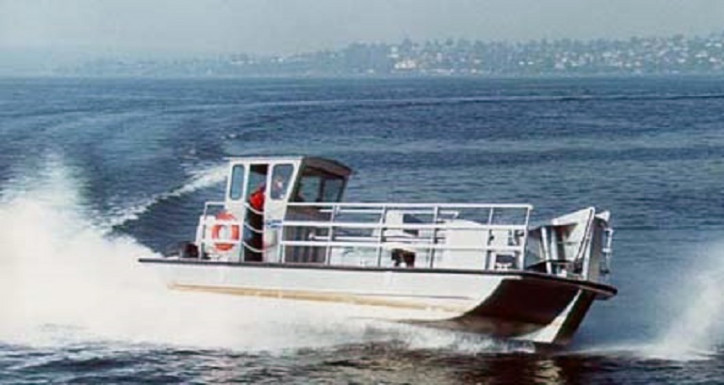 To make the on-water exercises possible, Sea Machines will install its SM300 autonomous-command system aboard a Marine Spill Response Corp. (MSRC)-owned MARCO skimming vessel and will train MSRC personnel to operate the system. Then, on August 21, Sea Machines and MSRC will execute simulated oil-spill recovery exercises in the harbor of Portland, Maine, before an audience of government, naval, international, environmental and industry partners.

The response skimming vessel is manufactured by Kvichak Marine Industries, of Seattle, and is equipped with a MARCO filter belt skimmer to recover oil from the surface of the water. This vessel typically operates in coastal or near-shore areas. Once installed, the SM300 will give the MSRC vessel the following new capabilities: 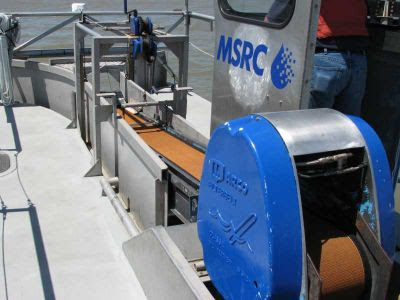 Additionally, Sea Machines enables minimally manned and unmanned autonomous operations. Such configurations allow operators to respond to spill events 24/7 depending on recovery conditions, even when crews are unavailable or restricted. These configurations also reduce or eliminate exposure of crewmembers to toxic fumes and other safety hazards.

“Autonomous technology has the power to not only help prevent vessel accidents that can lead to spills, but can also facilitate better preparedness; aid in safer, efficient, and effective clean-up,” said CEO Michael G. Johnson, Sea Machines. “We look forward to working closely with MARAD and MSRC in these industry-modernizing exercises.”

“Our number one priority is the safety of our personnel at MSRC,” said John Swift, vice president, MSRC. “The ability to use autonomous technology – allowing response operations to continue in an environment where their safety may be at risk – furthers our mission of response preparedness.”

Sea Machines’ SM Series of products, which includes the SM300 and SM200, provides marine operators a new era of task-driven, computer-guided vessel control, bringing advanced autonomy within reach for small- and large-scale operations. SM products can be installed aboard existing or new-build commercial vessels with return on investment typically seen within a year. Sea Machines is also a leading developer of advanced perception and navigation assistance technology for a range of vessel types, including container ships. The company is currently testing its perception and situational awareness technology aboard one of A.P. Moller-Maersk’s new-build ice-class container ships.