The Turkish logistics company Ekol Logistics and the Belgian groupage firm Transuniverse Forwarding are together building a 40 hectare multimodal site at Kluizendok in Ghent, part of North Sea Port. 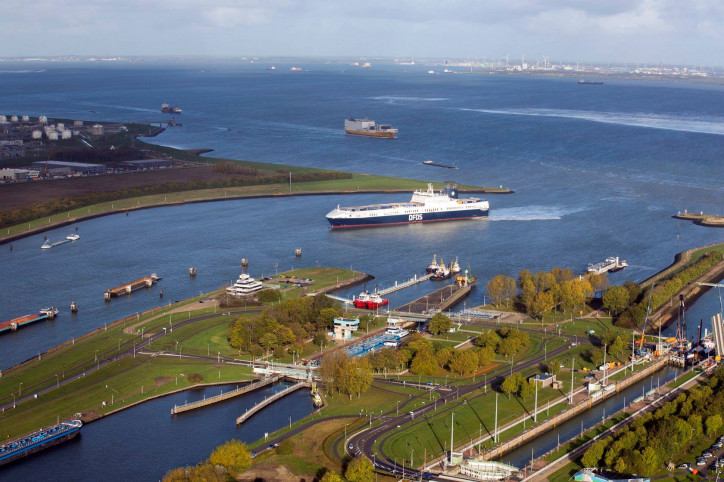 There will be 10 hectares for a cross-docking platform, 20 hectares for a rail terminal and 10 hectares for a ro-ro terminal. Transuniverse Forwarding, Ekol Logistics and North Sea Port have signed a letter of intent to develop this new site. By doing so, the groupage company is significantly increasing its capacity and building an intermodal hub for goods flows between the Mediterranean, Eastern Europe and North West Europe.

Transuniverse Forwarding currently operates a so-called cross-dock centre in Ghent for its groupage shipments to and from the whole of Europe, North Africa and the Middle East. In this transhipment building, shipments are brought together and divided between trucks or intermodal containers in order to go to the different destinations. These goods flows have seen strong growth over recent years, which means that the current 8,000 m² facility has become insufficient. 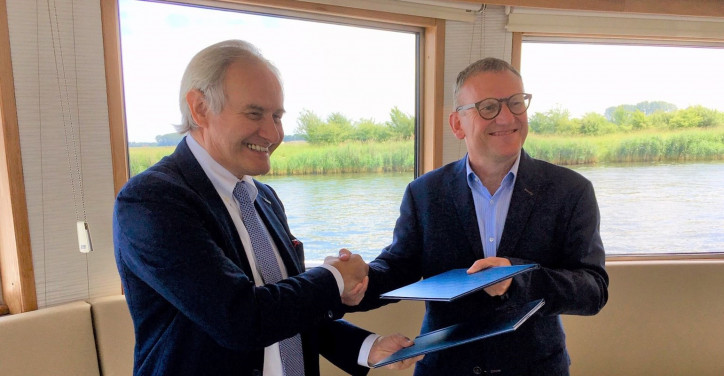 "We have taken an option to build a new 20,000 m² cross-dock centre on a site covering 10 hectares. According to the preliminary plans, the building will be more than 300 metres long and 60 metres wide and will number 140 loading docks/loading platforms. Because it is so big, some of the transhipment there will be automated or robotised", says Frank Adins, chairman of Transuniverse Forwarding Group. According to the current plans, the new transhipment building will be operational by the end of 2021.

Because the containers and trailers heading for the United Kingdom will be moved by ship, Ekol Logistics and Transuniverse are also building a ro-ro terminal building at the head of Kluizendok.

"This terminal will be operated by a third party. Negotiations are already underway", says Frank Adins. "The growth opportunities for cargo transhipment between Ghent and the United Kingdom are considerable. Brexit is expected to cause major congestion in the Channel ports. This will create opportunities to organise transport by ship to more northerly ports in the United Kingdom, in conjunction with rail connections to and from the European hinterland."

These developments are very much in line with North Sea Port's objectives. The port aims to further develop Kluizendok as a multimodal logistics hub in Europe. "In addition, North Sea Port is encouraging companies to make increasing use of sustainable modes of transport such as rail and water. We expect that this development will make a significant contribution to that", says Daan Schalck, CEO of North Sea Port.

Today, Transuniverse handles around 100 trucks and intermodal containers per week in Ghent. Thanks to the new facilities at Kluizendok, the company expects to be able to double these activities within five years. Every week, 20 Ekol trains will depart from the railway terminal in North Sea Port, linking the port to the European hinterland. The terminal will tranship 2 million tons of goods.

The entire project will generate several hundred jobs, directly and indirectly. Ekol and Transuniverse aim to continue to expand their logistics services. With the available land in the port zone, North Sea Port has plenty of scope for further expansion of logistics activities.