ICL announced in a communication to its customers on 27 June that it would be moving its UK call from Liverpool to Southampton to improve year-round schedule reliability. 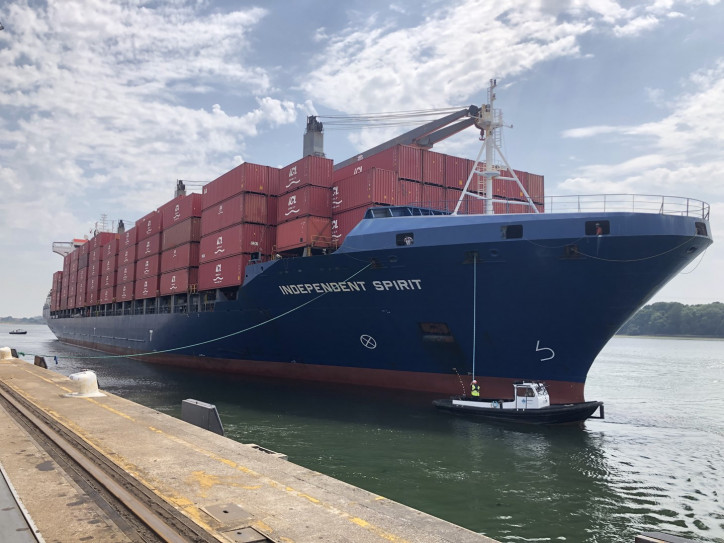 The arrival of the 2,546 TEU vessel Independent Spirit signaled a departure for the privately-owned shipping line which had previously called at Liverpool, UK, for the last 20 years. The weekly service will shift from a Thursday PM arrival and Friday AM departure.

The managing partners explained that increasingly adverse weather conditions in the North Atlantic has caused delays to its service each winter and assured their customers that this change will bring improved reliability to their own supply chains.

In a letter to customers Independent Container Line Managing Partners John Kirkland and Dale Ross said: “While ICL remains at the top of Trans-Atlantic Reliability as per Sea-Intel, each winter is bringing more weather challenges in the North Atlantic and keeping schedule becomes more difficult.  This change will allow us to get back to 100% reliability year round, which is a core pillar of our service offering.

“We have planned and coordinated various intermodal options that will allow your cargo to be picked up and delivered at the same award winning intermodal service levels and your local ICL representative will be in touch with you to ensure a seamless transition as we change our UK port of call.”

James Leeson, Head of UK Ports, DP World, said: “DP World is delighted to welcome ICL to Southampton which is considered the highest productivity terminal in the UK.  Working closely with ICL we look forward to demonstrating to its customers our trademark service for reliability, productivity and efficiency.”

In the US, ICL calls at Chester, Pennsylvania, Wilmington, North Carolina, and then onto Southampton, UK and Antwerp, Belgium with four ships on a 28 day rotation providing a weekly service.