In Palermo, Italy, ALE completed the lengthening of two vessels to make them the longest cruise ships in the world. The Grimaldi Roma (see also CruiseMapper) and Grimaldi Barcelona operate on the busy Civitavecchia-Barcelona route and the lengthening has provided them both with increased capacity.

ALE used its skidding and shipyard transportation expertise to install new sections and successfully lengthen each ship by 30m, taking them to around 255m once complete. As both cruise ships were similar, the manoeuvres could be carried out using the same specialist heavy lifting procedure. 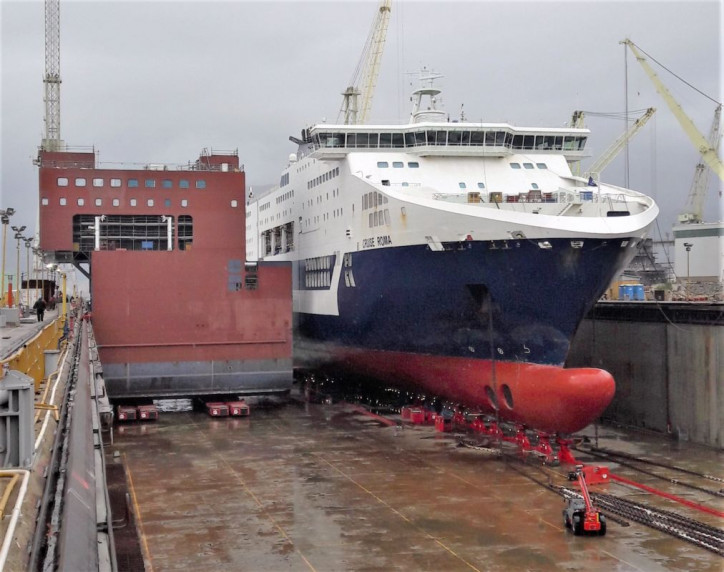 Afterwards, the intermediate section was transported to its final position to be joined with the aft section. Finally, the bow was skidded to be joined to the new section. In consideration of the sheer size and weight of the sections, ALE opted for lateral skidding to ensure stability throughout. 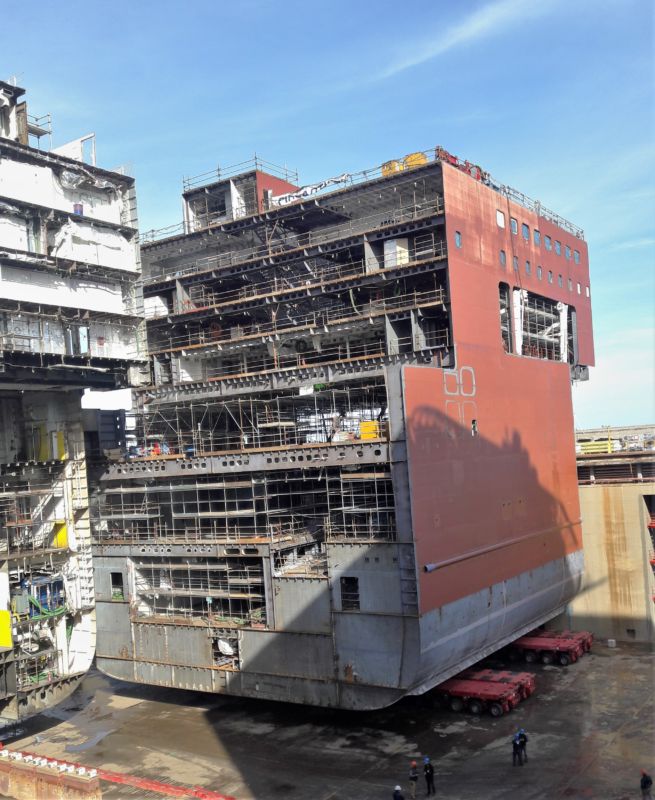 “We used our experience from similar operations around the world to complete this kind of project for the first time in the country,” explained Filippo Anello, Global Projects Division Director for ALE.

“By working closely with the client, applying our knowledge and a tailored engineering solution in this way, it represents a major milestone for ALE in this sector and demonstrates our commitment to providing specialist heavy-lifting services to our clients in Italy with the potential to utilise these methods on other projects.” 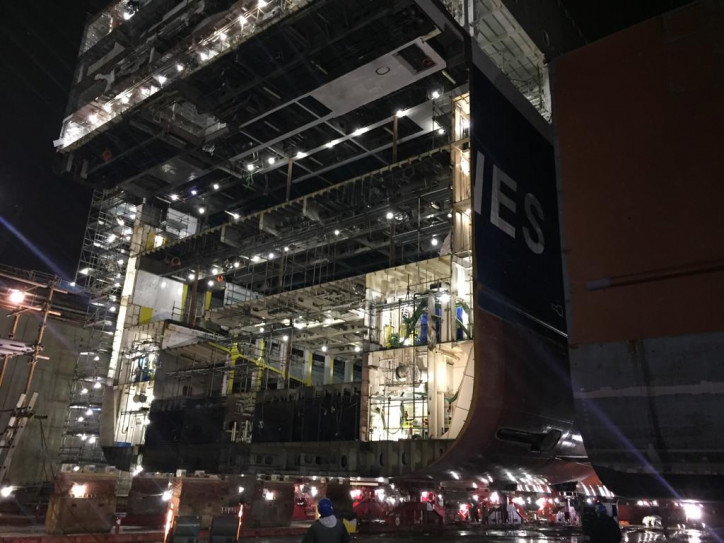 ALE optimised their equipment fleet and deployed skid shoes, varying from 500t – 1,000t capacity, along with 96 axle lines of SPMT in a configuration of 4 x 2 file 24. 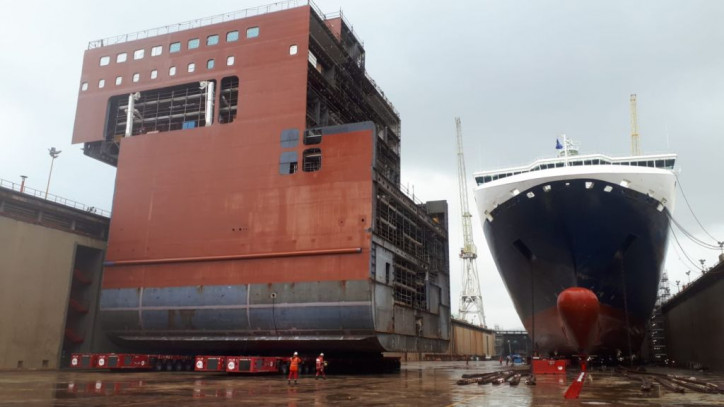 The Grimaldi Roma and Grimaldi Barcelona (see also CruiseMapper) are two sister ships that were built in 2007 and 2008 respectively. Following the lengthening, each ship now has 600 additional linear meters for heavy vehicles, capacity for an extra 80 sleeping berths in new passenger cabins and two new public spaces.