Starting August 1 and until November 30, 2019, the Panama Canal will promote the implementation of the International Maritime Organization's (IMO) annual recommendations on speed and maritime transit aimed at protecting cetaceans, which include whales, dolphins and other large aquatic mammals, during their nearby seasonal migration. 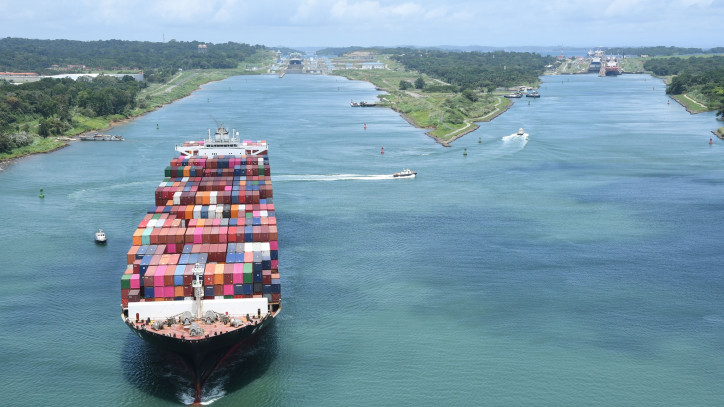 With these measures, ships should proceed at a speed of not more than 10 knots in specified areas. Panama has monitored this requirement since December 1, 2014 when maritime traffic separation devices (TSS) were installed by both the Caribbean Sea and Pacific Ocean entry points to the Canal.

"The Panama Canal is committed to sustainable development and the conservation of biodiversity, including the conservation of cetaceans by encouraging the maritime community to follow the recommendations and guidelines established by existing maritime traffic devices. These measures seek not only to protect cetaceans from collisions with vessels, but also to promote an orderly management of the ocean and its resources," said Administrator Jorge L. Quijano.

These recommendations are included in the Maritime Traffic Organization publication issued by the IMO that aims to increase navigation safety in converging zones and areas of high-traffic density, or where the freedom of movement of vessels is limited due to space restrictions, obstacles to navigation, depth limitations, unfavorable weather conditions, exploitation of fishery resources or sensitive coastal and marine areas flagged as important for the protection of species and their habitats.

The introduction of these devices has significantly reduced the likelihood of serious incidents and accidents involving humpback whales and other cetaceans, assuring maritime safety and control of vessels transiting our waters.

"The joint work and the holistic approach of the Canal's Green Route not only promote the preservation of biodiversity, but also contribute to national conservation efforts through commitments made to the IMO and international maritime transport community," added the Panama Canal Environmental Specialist Alexis Rodríguez.

The above initiative is part of the Panama Canal's broader efforts to incentivize environmental stewardship and includes watershed conservation initiatives, innovative water-saving basins, and other programs aimed at implementing technologies and standards to help reduce greenhouse gas emissions.