AGS announced earlier today that the company has achieved several seismic production records in the past week, and wants to applaud the crews on AGS Utsira multi-client projector making such strong operational achievements possible. 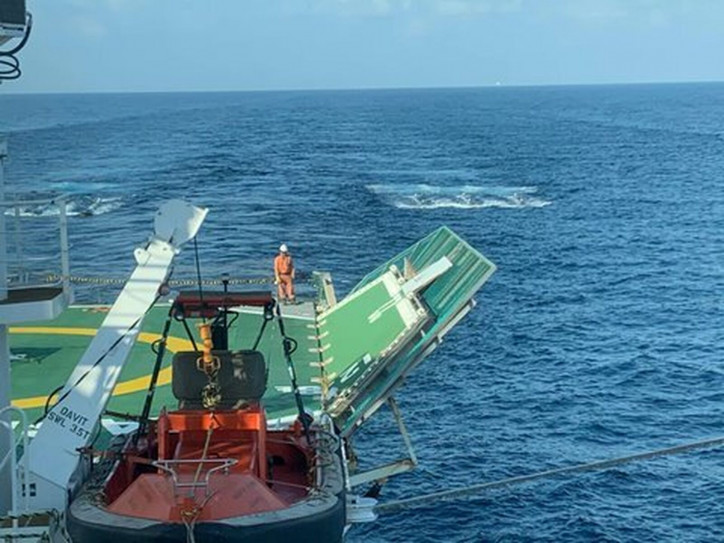 “The production records set last week, demonstrates the operational performance improvements year on year and that AGS is capable of delivering to our NCS client and other clients by use of the “Constant Velocity” handling system and a flexible operating model. This underscores AGS’s ability to deliver large seismic Multi-Client volumes cost effectively”, says Lee Parker, CEO.

This seasons Utsira multi-client ocean-bottom node (OBN) program in conjunction with TGS commenced on 3 July. Starting with a new company record marine source count in a single day, the crew achieved recording more than 50,000 marine sources. This milestone is only one element of what has been a record 7-day acquisition window in all areas on the so far successful Utsira OBN program in the North Sea. The crew has acquired over 300,000 marine sources in the trailing 7 days, an average nearing 43,000 marine sources per day.

The record source production has been possible by a record number of nodes being moved within the same period, enabled by AGS “Constant Velocity” handling system. The crews have really underscored the efficiencies achieved by AGS, accurately positioning and moving over 14,000 ocean bottom nodes and deploying over 700 km of receiver line during the same period. This is an achievement and a crew that AGS is proud of. The company is also pleased to see that the strong operational progress seen in the first half of the year continues.