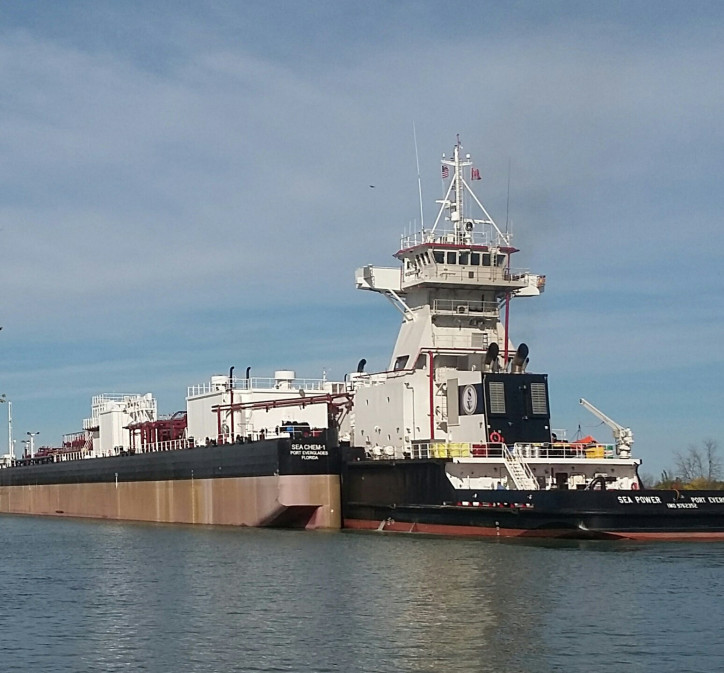 The Sea-Power/Sea-Chem I loaded a 10,500 metric ton methanol parcel in the U.S. Gulf of Mexico and discharged the parcel in Charleston, South Carolina and Chesapeake, Virginia. The vessel can load up to 30,000 metric tons of cargo into eleven segregations and is equipped with stainless steel cargo piping and MarineLINE 784 cargo tank coating. She is one of the most modern, fuel efficient, and capable chemical parcel vessels in the Jones Act fleet today.

Seabulk President, Daniel Thorogood stated “This is an exciting time for U.S. producers of methanol and other chemicals as low-cost natural gas has created an opportunity to expand domestic production.”

Industry experts believe that by 2024 total U.S. methanol production capacity could increase by as much as 70 percent or more from 6.8 million metric tons in 2018.

Methanol is a liquid chemical produced from conventional fossil sources as well as sustainable raw materials like biomass, industrial waste, and carbon dioxide and is used in thousands of everyday products, such as plastics, paints, resins, and polyester. It is also used as an alternative transportation fuel and blended into gasoline to enhance combustion efficiency and reduce greenhouse gas emissions.