Scotline Marine Holdings announced on Monday (Aug19) that the Company has ordered a third newbuild vessel from Royal Bodewes which is due for delivery by the end of 2020. 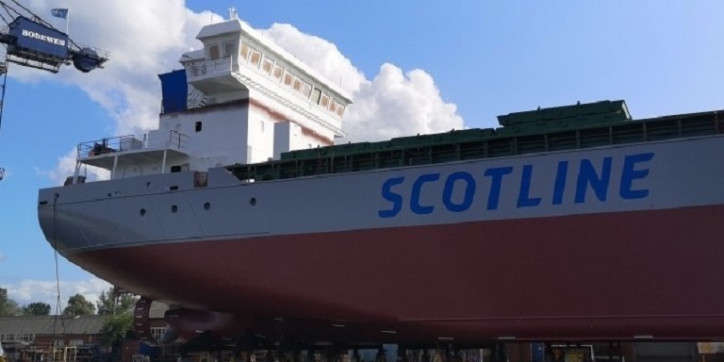 “Scotline are pleased to confirm that we’ve ordered a third newbuild from Royal Bodewes yard in Holland. She will adopt the name ‘Scot Ranger’ which has not been used since we sold the previous vessel last year.”

This vessel will be a sister to the Scot Carrier (launched November 2018) and the Scot Explorer (due for launch November 2019). Although the same design of vessel, the new Scot Ranger will be ice class 1A. This makes her ideal for Scotline liner services out of the Baltic.

The build of the Scot Explorer is progressing well at Royal Bodewes yard in Hoogezand. She is Company’s second newbuild with Bodewes. She has the majority of the steel-work finished and is looking pristine under the careful eyes of Scotline superintendent.