ISL Star, a bulk carrier managed by Wallem Group, together with the U.S. Coast Guard successfully retrieved a crew of eight Indonesian fishermen adrift for over a week after their boat lost power in the middle of the western Pacific. 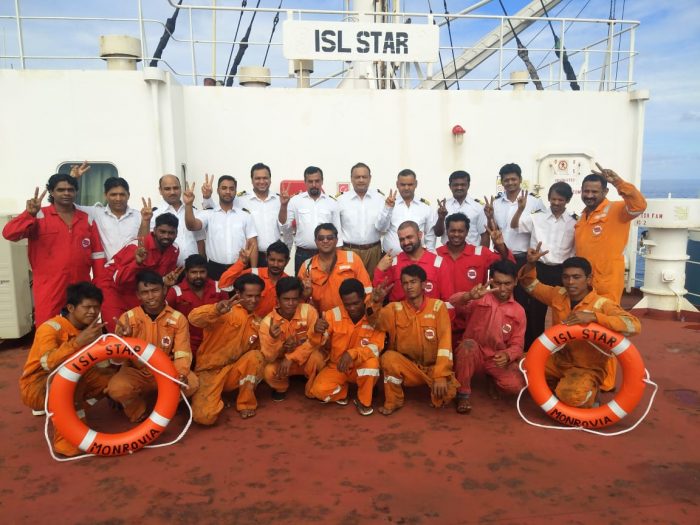 The Hallelujar, a 60ft Indonesian-flagged fishing vessel of wooden construction, had been adrift for 10 days when on August 14th the AMVER vessel ISL Star received a message from the U.S. Coast Guard that the crew on board was seeking immediate assistance. By the time of the rescue, the eight crew members on board had run out of food and fresh water.

A ninth survivor had taken the Hallelujar’s sole lifeboat with the intention of seeking help. He was later picked up by a Japanese fishing vessel, Kensei Maru 3, which raised the alarm. But due to poor weather, the Japanese trawler was unable to carry out a more extensive search and found no trace of the drifting fishing boat on its radar.

The alert was routed to a Rescue Coordination Centre (RCC) operating out of the U.S. naval base on Guam, which set off a full-scale search and rescue mission. Unable to establish direct contact with the Kensei Maru 3, the RCC had to rely on information relayed by the Japanese Coast Guard’s station in Okinawa. 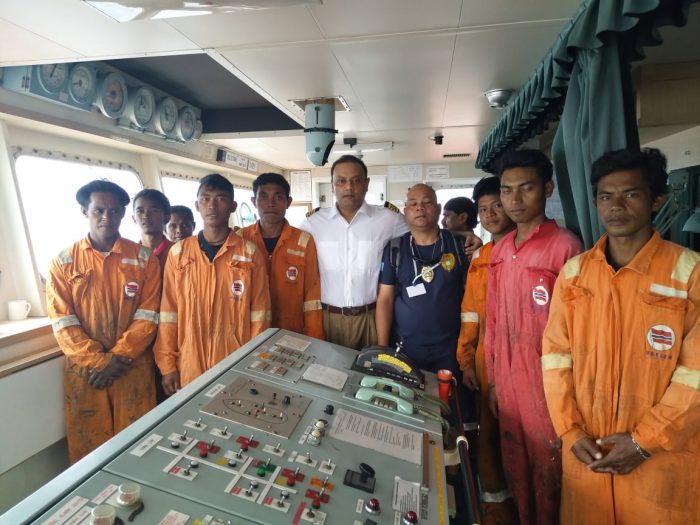 Shortly after, the RCC broadcast a message to all ships in the area enlisting their support in the rescue operation. ISL Star picked up the request and diverted from its planned course to take part in the search effort.

The following morning, the U.S. naval base dispatched a reconnaissance plane, which started an aerial search for the drifting fishing boat. It was aided by a coast guard vessel deployed from the Micronesian island of Palau, around 500NM due east of the Philippines.

When ISL Star arrived at Hallelujar’s last reported position, there was no sign of the distressed boat or crew members in the water, so the ship’s master contacted the RCC to ask for a situation update. 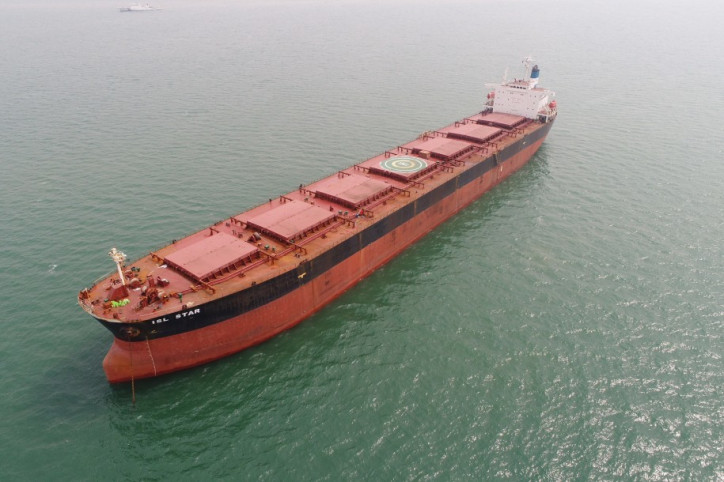 After a tense wait, the SAR mission coordinators in Guam provided ISL Star with a new search pattern based on latest intelligence. The hunt resumed but no sightings of the Indonesian fishermen or their boat were made.

The RCC offered fresh information at 1200hr, after the Hallelujar was spotted from the air just 16NM from ISL Star’s current position. The U.S. Navy pilot reports that, after calls made from the vessel to his plane as he passed overhead, he can confirm that all eight crew are alive. The Wallem ship immediately sets a course for the stricken boat, arriving at 1320h.

By 1600h on August 14th the rescue is complete and ISL Star’s Master contacts coordinators at RCC Guam to confirm that all eight fishermen are safe. Physically well, the crew is nonetheless understandably overcome by their ordeal. Following final instructions from RCC Guam, the bulk carrier began steaming to Palau, 160 NM away, where local authorities were on stand-by to receive and take responsibility for the rescued fishermen.

Capt. A. Misra, the Master on board ISL Star, said: “It was the first experience for my entire crew and myself to rescue life at sea, and I am indeed very proud that we were able to save lives of 8 crew members of the fishing vessel. In situations like that working together is important, and through the support from the U.S. Coast Guard and Wallem team ashore, we were able to coordinate a response and successfully rescue the eight mariners. I will cherish this moment for the rest of my life”.

AMVER (Automated Mutual Assistance Vessel Rescue System), sponsored by the Coast Guard, is a computer-based, voluntary global ship reporting system used worldwide by search and rescue authorities. With AMVER, rescue coordinators can identify participating ships in the area of distress and divert the best-suited ship or ships to respond.