On the 20th of August, Grieg Star received its new Supramax, the Star Damon. The day after we deliver our old open hatch vessel, the Star Fuji, for recycling.

On the 21st of August, Grieg Star delivered the 34-year-old Star Fuji for recycling. 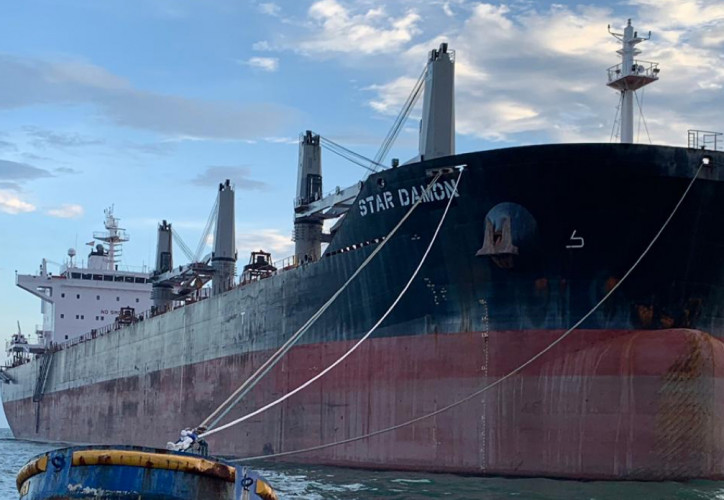 She landed at Leyal Ship Recycling in Aliağa, near Izmir in Turkey. That is the same recycling yard that recycled Star Gran in February.

Star Fuji was an Open Hatch vessel of 40,850 mt dwt. She was hull no 320 from Hyundai Heavy Industries in Ulsan, Korea.

Through her 34 and a half years, she has sailed approximately 9,000 days. At an average speed of 12 knots, that is 2,5 million nautical miles. Or over 150 times around the world at equator. She has transported 6,2 million tonnes of cargo through her year. In the last years, she has been sailing for G2 Ocean.

On the 20th of August GriegMaas received Company’s new Supramax, the Star Damon. She was formerly named GH Frankel and is built in 2012. She is 199 meter long, has a beam of 32 meter, and a draught at 13.3 meters.

VIDEO: The Star Fuji was the first vessel to arrive at the new dock at Squamish Terminals three years ago. Now she is sent for recycling.